Home
Market
13 minutes, $13 million: The logistics of pulling off a Super Bowl halftime show
Prev Article Next Article
This post was originally published on this sitehttps://i-invdn-com.akamaized.net/trkd-images/LYNXMPEG1031M_L.jpg 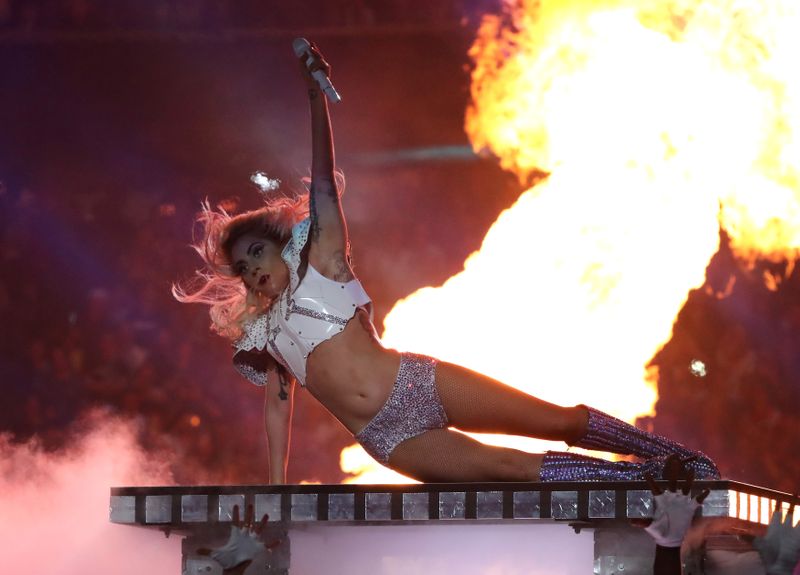 NEW YORK (Reuters) – The popular Super Bowl halftime show is only 13 minutes long, but the million-dollar-a-minute extravaganza takes thousands of people, months of planning and near military precision to pull off.

Organizers have the Herculean task of turning a football field into a concert venue and back in less than half an hour, and without damaging the playing surface.

Halftime at Sunday’s 54th Super Bowl between the San Francisco 49ers and Kansas City Chiefs in Miami will be headlined by Latina pop stars Jennifer Lopez and Shakira. It also will feature surprise artists and other ensemble singers, said Dan Parise, a producer working with Roc Nation, the entertainment company producing the show with the National Football League.

PepsiCo (O:) is sponsoring the show for the eighth straight year. A source with direct knowledge of the show said it would cost about $13 million, a figure an NFL spokeswoman declined to confirm.

“There are so many aspects of it, the dancers, the lighting elements, the special effects,” said Parise. “It’s like a big jigsaw puzzle.”

The work starts almost a year in advance, said Mark Quenzel, the NFL’s senior vice president for programming and production. Organizers scout the venue for logistical hurdles or unique structural elements they could use to their advantage.

In 2014, for example, producers had to keep Bruno Mars’ show relatively simple, because it was impossible to predict field conditions at MetLife (NYSE:) Stadium in New Jersey, a rare outdoor cold weather Super Bowl.

Like past performances, this year’s show will include an on-field “audience” of some 800 people, mostly kids from local schools who are cast in advance, and must rehearse with the artists.

Often, they are asked to play a larger role than that of cheering fans. During Justin Timberlake’s 2018 rendition of “Mirrors,” the on-field crowd held up mirrors to reflect stadium lights.

The biggest feat of coordination is setting up the stage, which is wheeled in on 38 separate carts, each requiring 12 people to move. Another 18 carts, with 6-member teams, carry the audio equipment.

Like air traffic controllers, team leaders wearing headsets direct each team. A stage piece ending up in the wrong place, even by an inch or two, could be disastrous, Quenzel said.

The setup takes eight minutes, with the show itself lasting about 13. Removing the stage takes just over six minutes, Quenzel said, before the teams retake the field.

During the show, behind-the-scenes personnel wait in predetermined spots to carry away clothing during wardrobe changes that must be executed down to the second, Quenzel said. “Part of the art of the show is what we don’t show you, what you don’t see,” he said.

An example that stands out to Quenzel was in 2015, when pop star Katy Perry wanted to sing her hit, “Roar.”

She and the producers thought it would be fun if she entered riding a golden lion. The 20-foot (6.1 m) mechanical beast was set on wheels concealed by legs that were pushed back and forth by performers to mimic footsteps.

For such a massive spectacle, there is precious little time to rehearse. Shakira and Lopez began separate rehearsals as early as December, Parise said, but had only a few days to practice together.

Rehearsals mostly took place at the Miami Dolphins’ practice facility, before moving to the Super Bowl stadium on Wednesday. “We were working 12-to-15-hour days,” Parise said.

Communication is another challenge. In addition to the hundreds of people hired by the NFL, each artist brings enormous teams of dancers and staff. To get everyone on the same page, producers hire veteran industry pros, including producer Ricky Kirshner and director Hamish Hamilton.

Sunday’s show is said to feature plenty of special effects and dancing. But with all that goes into planning, it is important to remember the show is not the main event, Quenzel said.

“It’s never lost on us that we’re the side show,” he said.