Home
Stocks
A peek into the central banks' coronavirus toolbox: Talk (tough), cut (rates), buy (assets), invent (something…)
Prev Article Next Article
This post was originally published on this site 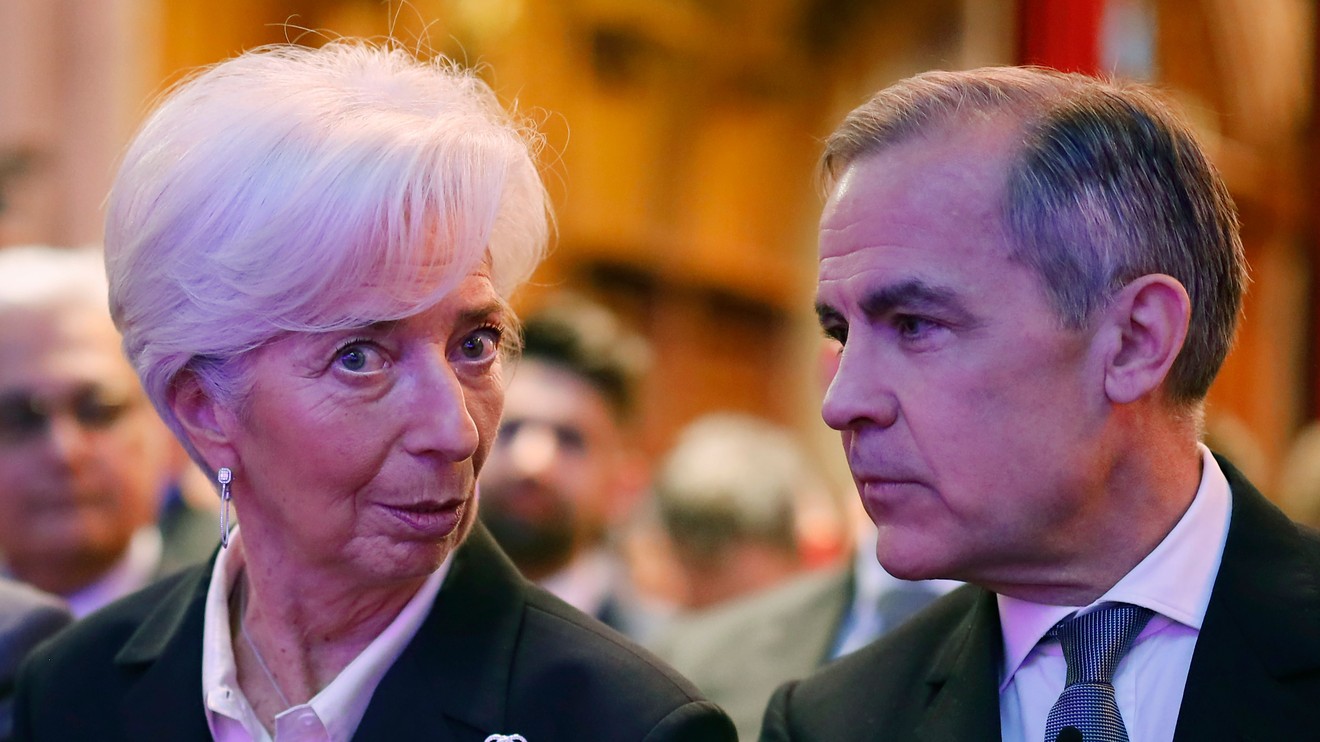 Coronavirus became a literal central bank concern on Monday when the European Central Bank canceled a conference it was due to host in Frankfurt along with the European Commission. Due to circumstances, the ECB said it was “preferable to delay a physical meeting.”

Beyond proximity, the outbreak poses a direct challenge to central banks the world over. Markets are eager to believe the rumor that a coordinated monetary policy push is in the works, after several central bankers sought to reassure investors in the past few days that they were standing by.

The ECB was late to the reassuring party on Monday night, when president Christine Lagarde issued a statement saying the central bank stood “ready to take appropriate and targeted measures.” The governor of the Bank of Japan had said before that it would “strive to stabilize markets and offer sufficient liquidity.” And the Bank of England had already vowed through a spokesman that it would “ensure all necessary steps are taken to protect financial and monetary stability.”

Even though those statements seemed to slow the fall of stock prices on the world’s major bourses, they didn’t amount to policy announcements — if only because economists and policy makers are still trying to assess the depth and the length of the economic slump that the virus will trigger. Depending on the scenario, the OECD said on Monday, it could shrink world growth by between 0.5 and 1.5 percentage points.

What could central bankers do? A peek in their toolbox shows what they can do amounts to four things:

That’s the first line of defence against the possibility of market unrest or financial instability, illustrated by the Bank of Japan, the BoE or last week by Federal Reserve chair Jerome Powell, who pledged to “act as appropriate” to support the economy. Markets know that central banks can act swiftly to provide liquidity if tensions appear. They also suspect that swap agreements between the world’s major central banks could be activated swiftly in case of need.

But mostly, as long as the fear factor remains one of the main sources of economic risk, with business hit by major supply chain disruptions and consumers adapting to the measures governments have taken or will adopt, markets need the reassurance that serious people will do their job if need be. If the pledges work, the promise of action might even be enough to eliminate the need for action.

Interest rate cuts are the most obvious way for central banks to deal with a slump. But the legacy of the financial crisis means that rates are at their historic lows in most of the world, and even negative in Europe and Japan. Markets were already pricing in cuts at some point this year in the U.S., Britain and the eurozone. The virus outbreak seems to have reinforced investors’ views.

The OECD said there was “limited need” for further interest rate reduction in the U.S., unless the economy enters a serious downturn – not its central scenario for now. As for Europe, cutting its key interest rate below its current -0.6% would be “ineffective,” notes UniCredit chief economist Erik Nielsen. It would inflict further stress on the banking system, which should on the contrary be encouraged to keep supporting the companies most hit by the consequences of Covid-19.

If rate cuts don’t work, maybe quantitative easing will? Buying assets on the market, as the Fed, the BoE and the ECB did throughout the financial crisis, helped the world economy recover, at the price of inflating central banks’ balance sheets. The ECB even resumed its program last September, and it has now acquired more than €2.7 billion of assets, mostly in the form of government bonds. The Fed bought more than $3.5 billion of assets between 2008 and 2015. The Bank of England acquired £435 billion-worth of securities.

If quantitative easing was to resume – or, in the case of the ECB, increase in scope – the main question for central bankers would be what type of assets to buy. More corporate bonds? And in this case would there be a way to discriminate by type of industry, so the effort could focus on the worst-hit companies and sectors? Should central banks even consider acquiring stocks? The idea has been suggested before, but it is fraught with risks, including the one of mission creep on the part of central bankers who would end up nationalizing part of the private sector.

If interest rate cuts are difficult and QE problematic, that leaves other possible “non-conventional” tools — some already used, others still to be invented. The ECB has a so-called targeted long-term refinancing operation for banks, to provide them with cheap funding. If the need is to encourage banks to keep lending to the real economy, notably SMEs, it could be increased in size, or its conditions (interest rate and duration) could be loosened.

Otherwise, central bankers often like to insist that even though their capacity for action has shrunk with interest rates near or below zero, they can always be inventive enough to come up with new instruments. If it worsens in the next few weeks, the coronavirus outbreak will seriously test that promise.