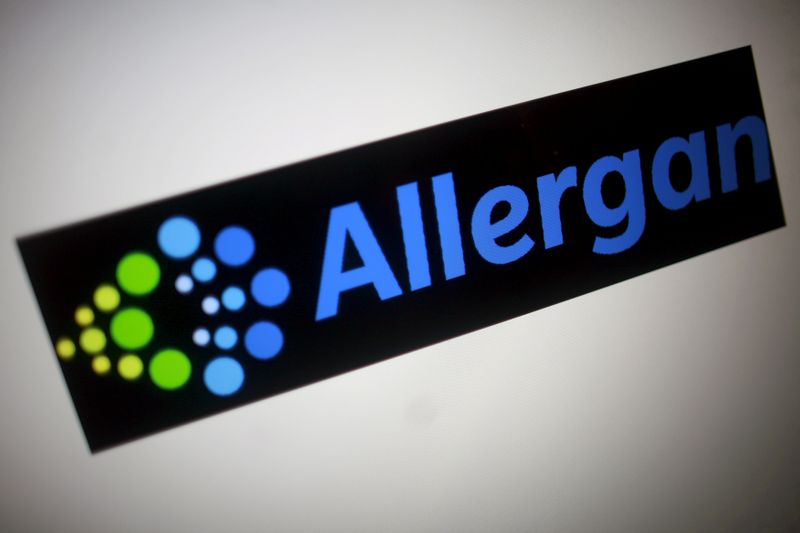 © Reuters. The Allergan logo is seen in this photo illustration

AbbVie is swallowing Allergan to give it control of the lucrative wrinkle treatment Botox and to diversify a portfolio heavily dependent on its $19-billion-per-year arthritis drug Humira, the world’s best-selling medicine that is advancing toward U.S. patent expiration.

Swiss food group Nestle bulked up its medical nutrition business with Allergan’s Zenpep, a product with 2018 sales of $237 million which treats people whose pancreases do not provide enough enzymes to digest fats, proteins and sugars.

Nestle did not give financial details, but analysts from Zuercher Kantonalbank estimated the takeover could have cost the Vevey, Switzerland-based company more than $1 billion.

Meanwhile, AstraZeneca is regaining rights to brazikumab, Allergan’s experimental drug against Crohn’s Disease and ulcerative colitis. The European Commission said this month the immunology medicine must be divested because of the risk its development would be halted after AbbVie’s takeover because of competing medicines.

“These definitive agreements represent significant progress toward the completion of our acquisition of Allergan,” Richard Gonzalez, AbbVie’s chairman and chief executive, said.

With regulators wary of the deal’s anti-competitive potential, rivals are getting a chance to stock their own product shelves.

Nestle Chief Executive Mark Schneider, who also gets Allergan’s Viokace, another pancreatic enzyme product, in Monday’s deal, is bulking up on nutrition products that combine properties of medicine and food as the Swiss company expands in areas where growth may outpace its mainstream food business.

“This is a significant opportunity for our business in the United States,” Greg Behar, head of Nestle Health Science, said in a statement.

AstraZeneca’s pact for brazikumab marks a return of the inflammation medicine to the British drugmaker’s portfolio. In 2016, Astra had struck a licensing deal with Allergan worth up to $1.5 billion for the medicine.

With its return to AstraZeneca, Allergan has agreed to fund development costs for brazikumab in Crohn’s disease and ulcerative colitis, including the creation of a companion diagnostic, AstraZeneca said in a separate statement.

“This agreement creates an opportunity for us to complete the full development program and bring this potential new treatment option to patients as quickly as possible,” Mene Pangalos, Astra’s biopharmaceuticals research head.

Even if Allergan must foot the development bill, analysts appeared underwhelmed, in part because AbbVie’s Skyrizi, or risankizumab, a similar medicine, has a head start.

“This could be another autoimmune product to add to Astra’s portfolio, although it will be somewhat late to the market,” Liberum’s Alistair Campbell wrote in a note to investors.