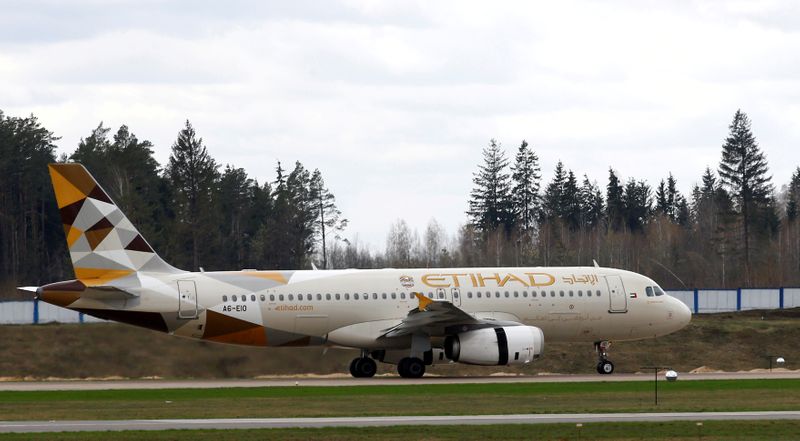 DUBAI (Reuters) – Abu Dhabi’s Etihad Airways has laid off hundreds of employees this month, including cabin crew, after the coronavirus pandemic forced it to ground flights, according to industry and company sources.

The state-owned airline, which had 20,530 employees as of August 2019, grounded passenger flights in March and a month later said it had made a large number of staff redundant.

Two sources said hundreds of staff had been laid off this month with employees being let go on an almost daily basis. More job cuts were expected, they said.

An Etihad spokeswoman told Reuters there had been redundancies across several areas of the airline.

“It is clear the demand for travel in the near future will be significantly reduced and as a result we must make difficult decisions to ensure Etihad will weather this storm,” she said.

Etihad, which has lost $5.6 billion since 2016, has slashed wages as global travel has come to a near standstill.

Countries are beginning to emerge from lockdowns, though the airline industry has cautioned it could take years for travel demand to recover.