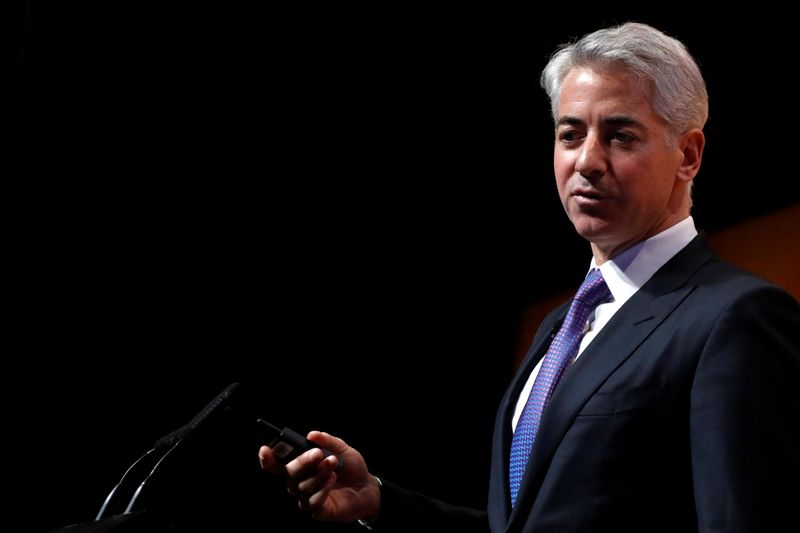 Fresh from posting a 58.1% return after fees in 2019, Ackman kicked off 2020 with a portfolio update that also mentioned his latest investment in Agilent Technologies Inc (N:) for the first time.

He sees a bright future for the testing-equipment company, saying it is currently underleveraged and that there is “substantial opportunity for further improvement.” He and his analysts see more than 800 basis points margin opportunity, far more than the company’s projected 50 to 70 basis points of annual margin expansion over the next few years.

Ackman said Agilent is delivering strong performance under the current leadership team and that he paid an average $76.58 per share for the stake. The company’s share price, including dividends, has increased 12% from his average purchase cost in 2019 and is off 2% this year.

Agilent was one of two new investments made in 2019.

Pershing Square, which now manages $8.5 billion in assets, ranks as one of the industry’s most powerful activist investors where managers push corporations to perform better. Several years ago Ackman opted to take on a lower public profile, prompting investors to closely follow anything he says about his positions publicly.

Pershing Square also exited its investment in Starbucks “after prospective returns became more modest following a total shareholder return of 73% in the 19 months that we owned” it.

He is sticking with Chipotle, last year’s biggest winner for the firm with a 14.7% return, saying management has a “clear plan to drive continued progress in 2020.”

Ackman also reported that David Klafter, a lawyer who had been a member of his investment team, moved to work for Ackman’s family office.