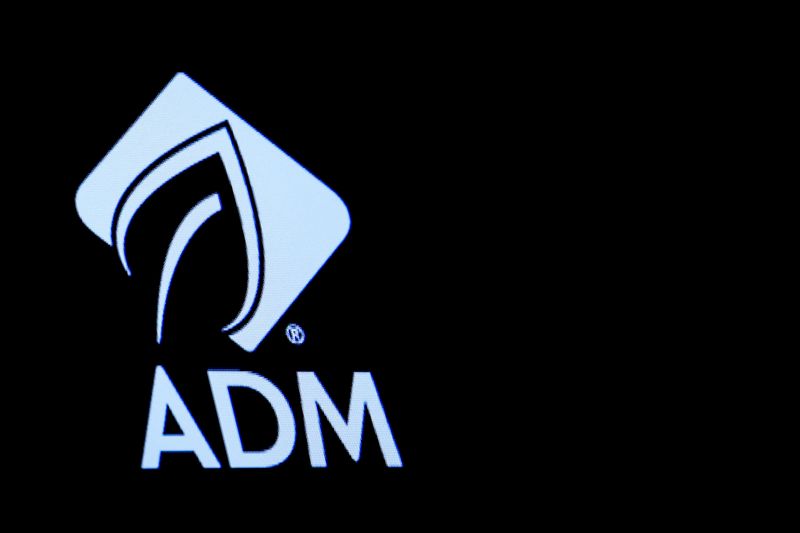 © Reuters. The Archer Daniels Midland Co. (ADM) logo is displayed on a screen on the floor of the NYSE in New York

By P.J. Huffstutter and Arunima Kumar

ADM released earnings results after the market closed and its stock rose 3.15%, to $45.06 a share, in after-hours trading.

The company said it got a boost from the passage by U.S. lawmakers of a retroactive biodiesel tax credit late last year, which allowed for a $1-per-gallon subsidy for fuel made from cooking oil, soybean oil and animal fats.

Even absent the tax credit, results were strong due to global demand for those products, the Chicago-based firm said.

Its biggest segment in terms of revenue, Ag Services and Oilseeds, performed better but faced numerous challenges, including a delayed corn and soybean harvest in the United States which led to lower export volumes and tighter margins during the peak U.S. export season.

ADM’s bioproducts segment posted a $159 million loss in 2019, as its struggling ethanol business continued to face tough industry margins, the company said. ADM is moving some dry ethanol mills into a wholly-owned subsidiary while the company evaluates strategic alternatives.

Oilseed crushing margins, too, were lower than the prior year’s near-record levels due to problems with Argentina’s 2018 soybean crop – as many Wall Street analysts had expected.

But it was the nearly 65% jump in quarterly revenues in ADM’s nutrition unit – particularly its Wild Flavors & Specialty Ingredients group – that officials highlighted.

ADM and its peers, hit by a years-long crop supply glut, have been seeking to shed poor-performing assets and invest in businesses with the potential for higher profit margins, such as specialty food ingredients and flavorings.

Earlier this month, ADM unveiled a new corporate logo, and Chief Executive Juan Luciano on Wednesday touted how the 118-year firm was focusing on developing products for fast-growing consumer trends, “from alternative proteins, to foods and beverages that enhance health, to unique products for pets.”

ADM, which took a $133 million asset impairment and restructuring charge in the quarter, is one of the so-called “ABCD” quartet of grain traders, alongside Louis Dreyfus Co , Bunge Ltd (N:) and Cargill Inc (UL:).

Net earnings rose 60% to $504 million, or 90 cents per share, for the fourth quarter ended Dec. 31. On adjusted basis, the company earned 81 cents, beating analyst estimates of 69 cents, according to Refinitiv IBES.