Home
Market
After raucous welcome in India, Trump set for talks on trade, arms deals
Prev Article Next Article
This post was originally published on this sitehttps://i-invdn-com.akamaized.net/trkd-images/LYNXNPEG1O0CE_L.jpg 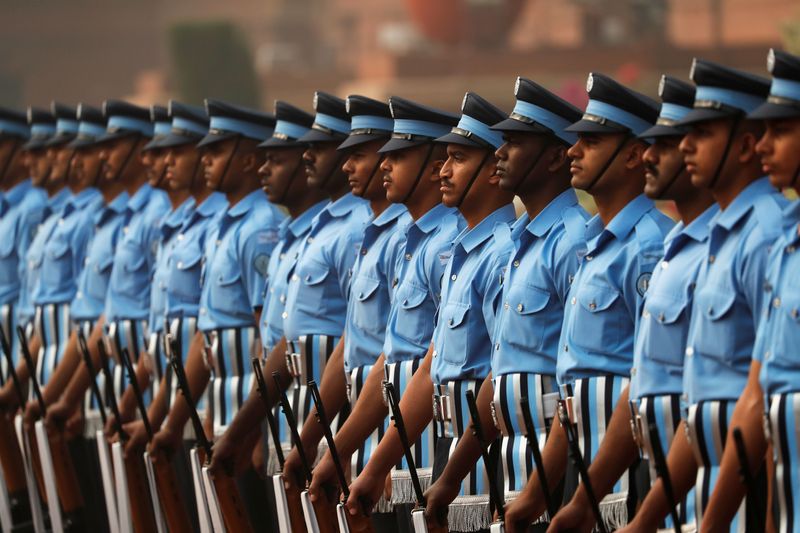 By Steve Holland and Sanjeev Miglani

NEW DELHI (Reuters) – After a rousing reception, U.S. President Donald Trump sits down with Indian leaders on Tuesday for talks on arms sales and festering trade disputes that have strained ties in recent months.

More than 100,000 people filled into a cricket stadium in western India on Monday for a “Namaste Trump” rally in the biggest reception to a foreign leader in years which Trump said was a “stunning display of Indian culture and kindness.”

But the two countries have been arguing over a trade deal and on Tuesday Trump will hold talks with Indian Prime Minister Narendra Modi in New Delhi to try and close differences over farm goods, medical devices, digital trade and proposed new tariffs.

The United States has signed a trade deal with China, and separate agreements with Canada and Mexico and has been pushing for an accord with India which Trump described as the “tariff king.”

Trump told the rally in Ahmedabad that Modi was a tough negotiator but that the two countries were in the early stages of a major deal.

In New Delhi, Trump was given a formal state welcome at the redstone presidential palace with a 21-cannon gun salute and a red coated honor guard on horseback on a smoggy day.

India is one of the few big countries in the world where Trump’s personal approval rating is above 50% and Trump’s trip has got wall-to-wall coverage with commentators saying he had hit all the right notes on his first official visit to the world’s biggest democracy.

They were also effusive in their praise for Modi for pulling off a spectacular reception for Trump.

“Modi-Trump hug gets tighter,” ran a headline in the Times of India.

But in a sign of the underlying political tensions in India, violent protests broke out in Delhi on Monday over a new citizenship law that critics say discriminates against Muslims and is a further attempt to undermine the secular foundations of India’s democracy. They say the law is part of a pattern of divisiveness being followed by Modi’s Hindu nationalist Bharatiya Janata Party.

At least five people were killed and about 90 were injured in clashes that took place in another part of the capital, away from the center of the city where Modi is hosting Trump.

Trump planned to raise the issue of religious freedoms in India with Modi, an administration official said last week.

Delhi has also been struggling with high air pollution and on Tuesday the air quality was moderately poor at 193 on a government index that measures pollution up to a scale of 500. The WHO considers anything above 60 as unhealthy.