Home
Market
AirAsia CEO Fernandes and chairman step aside as Airbus bribery allegations probed
Prev Article Next Article
This post was originally published on this sitehttps://i-invdn-com.akamaized.net/trkd-images/LYNXMPEG1212R_L.jpg 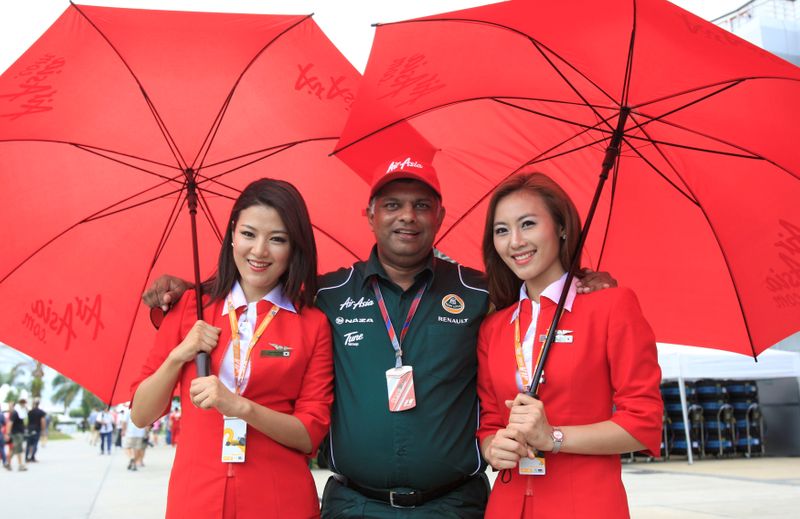 KUALA LUMPUR (Reuters) – AirAsia Group (KL:) CEO Tony Fernandes and Chairman Kamarudin Meranun will step aside for at least two months while the airline and authorities investigate allegations Airbus paid a bribe of $50 million to win plane orders from the company.

A committee comprising the non-executive members of AirAsia’s board will review the allegations and take any necessary action, Asia’s biggest budget airline said on Monday.

Fernandes, one of the aviation industry’s best known executives, and Kamarudin will remain advisers, however, “in view of the current difficult economic circumstances facing the airline industry”, the company added.

Senior company executive Tharumalingam Kanagalingam will be the acting CEO, with the changes effective immediately.

In a joint statement, Fernandes and Kamarudin denied any allegations of wrongdoing or misconduct as directors of AirAsia.

“We would not harm the very companies that we spent our entire lives building up to their present global status,” they said.

Shares of AirAsia and unit AirAsia X (KL:) fell on Monday after the allegations by Britain’s Serious Fraud Office (SFO) came to light on Friday. AirAsia stock fell as much as 11% to 1.27 ringgit, their lowest since May 2016, while AirAsia X dropped 12% to an all-time low of 11.5 Malaysian sen.

Malaysia’s anti-graft agency is also investigating the allegations. AirAsia has said it never made any purchase decisions that were premised on Airbus (PA:) sponsorship, and that it would fully cooperate with the Malaysian Anti-Corruption Commission (MACC).

The allegations were revealed as part of a record $4 billion settlement Airbus agreed with France, Britain and the United States. Prosecutors said the company had bribed public officials and hidden payments as part of a pattern of worldwide corruption.

“This agreement and the contents were arrived at without any reference to us; neither were any explanations sought from us,” Fernandes and Kamarudin said in their statement.

“This is in clear violation of fundamental legal principles of fairness.”

Airbus said at the weekend it would not comment on the Malaysian investigations.

The SFO said on Friday that between October 2013 and January 2015, EADS paid $50 million to sponsor a sports team which was jointly owned by two people described as AirAsia Executive 1 and Executive 2. It said Airbus employees offered an additional $55 million, though no payment was made.

Fernandes bought Caterham together with Kamarudin in 2011.

The SFO said Executives 1 and 2 were “key decision makers in AirAsia and AirAsia X, and were rewarded in respect of the order of 180 aircraft from Airbus”.

Analysts said the accusation against AirAsia comes at a particularly bad time as airlines grapple with a slowdown in business because of the fast-spreading coronavirus epidemic that has killed more than 300 people in China and disrupted air travel.