Home
Market
Airbus draws a blank in February after Boeing's order-free January
Prev Article Next Article
This post was originally published on this sitehttps://i-invdn-com.akamaized.net/trkd-images/LYNXMPEG241N7_L.jpg 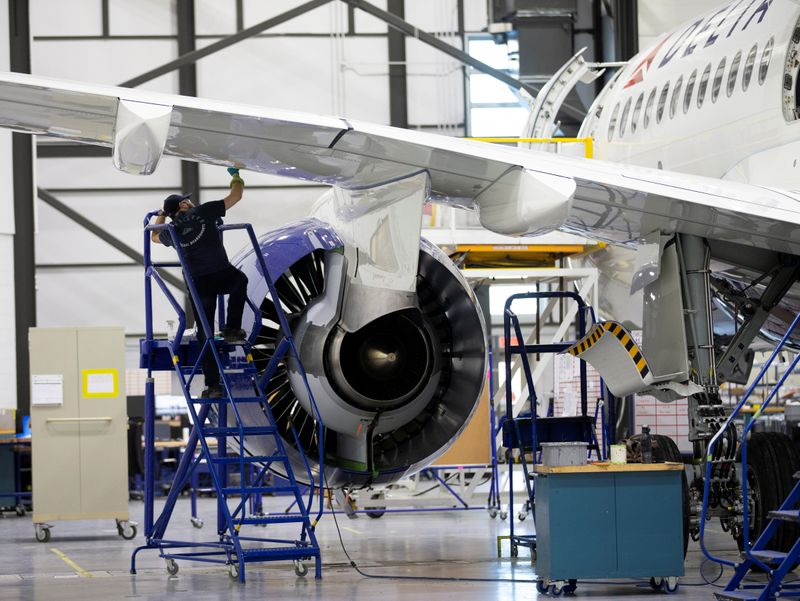 Airbus also said it had no received no cancellations during the month and delivered 55 aircraft, bringing its total for the year so far to 86, fractionally below the same period of 2019.

It is the second time in as many months that a leading manufacturer has failed to generate sales in a calendar month after Boeing (NYSE:) drew a blank in January for the first time in decades.

However, Airbus had an unusually strong January and Boeing rebounded in February with a Japanese order for a dozen 787 wide-body jets.

For the year so far, Airbus has booked 296 orders, equating to 274 after adjusting for cancellations or conversions between models, the company said in a monthly update.

The airline sector has idled hundreds of aircraft in the past month, while Boeing continues to wrestle with the grounding of its 737 MAX, imposed almost a year ago after two fatal crashes.

Although the Singapore Airshow went ahead in February, attendance was thinner than organizers had predicted and the show is not traditionally a major venue for commercial orders because it comes soon after the year-end deadline for many business deals.

Global airlines warned on Thursday that the coronavirus epidemic could reduce passenger revenue by up to $113 billion this year, more than three times a projection two weeks ago.