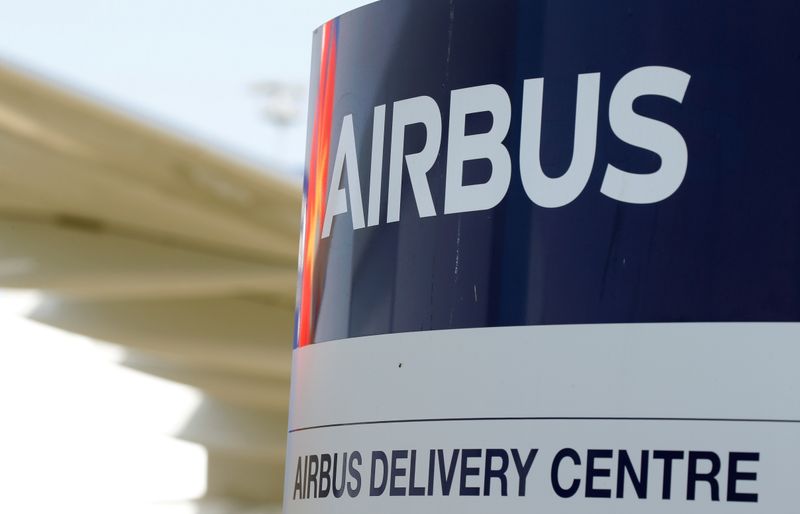 © Reuters. FILE PHOTO: Logo of Airbus is pictured at the aircraft builder’s headquarters of Airbus in Colomiers near Toulouse

PARIS (Reuters) – Airbus (PA:) posted its biggest January order haul in at least 15 years on Thursday as it booked a major leasing order that has been in the pipeline for several months, and carried out 31 aircraft deliveries.

The European planemaker said it had taken orders for 296 aircraft in January, including the recently finalised order for 102 planes from Air Lease Corp (N:) as well as 100 jets from U.S. low-cost carrier Spirit Airlines (N:). After cancellations, it started the year with 274 net orders.

Cancellations included 20 single-aisle jets from Colombia’s Avianca, balanced by 20 orders for broadly similar aircraft from leasing company BOC Aviation in what some industry sources have described as a swap to ease their financing. Neither firm was available for comment.

Rival Boeing (NYSE:), whose sales and deliveries have been affected by the grounding of its 737 MAX, has yet to post January data.

Airbus said on Thursday its deliveries from an overseas assembly plant in China had been halted amid the coronavirus outbreak. Airbus has joined other local companies in extending a routine shutdown planned for Chinese New Year, due to the impact of the health scare on its supply chains and logistics.

Airbus is expected to give targets next week and barring a worsening of the coronavirus crisis could shoot for record deliveries of at least 900 jets in 2020 as Boeing remains on a backfoot due to the MAX grounding, industry analysts say.