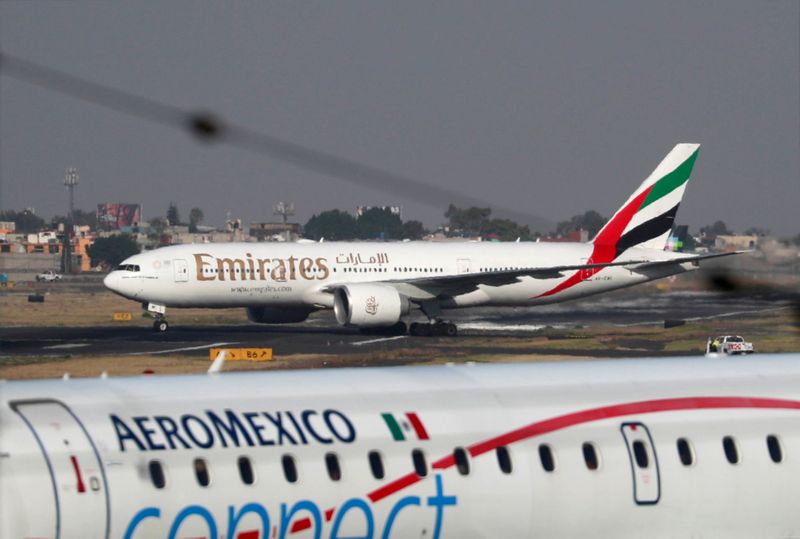 ABU DHABI (Reuters) – Middle East governments should consider providing support to airlines to help them manage the impact of the coronavirus outbreak, which has led to a raft of flight cancellations, the industry’s largest global body said on Monday.

Global airlines have warned of the toll on their business as passenger numbers fall due to the outbreak that first emerged in China in late December and has since spread to more than 50 countries.

Airlines have stopped flights to Iran, where the virus is rapidly spreading, and Saudi Arabia has temporarily banned tourists from 25 countries that have recorded cases the virus.

“The region depends on air connectivity, and support from governments will really help the airlines to get through this difficult period,” the International Air Transport Association’s Vice President for Africa and the Middle East Muhammad Ali Albakri told reporters.

Albakri said IATA was not calling for state bailouts, but that governments could help airlines with their operating costs.

Governments control a number of costs incurred by airlines, such as taxes and landing and overflight fees.

Most Middle East airlines are state-owned. In the past major Gulf carriers have come under scrutiny over allegations they unfairly benefited from state funds, a charge they deny.

Albakri said he did not expect other jurisdictions to criticize support given to airlines due to the coronavirus, known as COVID-19.

Emirates, the Middle East’s biggest carrier, is asking its staff to take paid and unpaid leave to help it manage a “measurable slowdown” due to the virus, Reuters reported on Sunday.

Air ticket sales to, from, and within the Middle East are seen dropping over the next few weeks, and airlines in the region stand to lose around $100 million in revenue at this stage, AlBakri said.

Middle Eastern carriers, most of which are unprofitable, have stopped most flights to China and cut or reduced flights on other Asian routes.

“Significant additional revenue is at risk to the Middle East carriers if the travel restrictions spread further to the rear of Asia Pacific,” Albakri said.

Roughly 50% of all Middle East airline capacity is flown on services to and from Asia Pacific, he said, highlighting the considerable risk to their business.