Home
Market
Airlines rush to boost demand as coronavirus shreds playbook for crisis management
Prev Article Next Article
This post was originally published on this sitehttps://i-invdn-com.akamaized.net/trkd-images/LYNXMPEG230E8_L.jpg 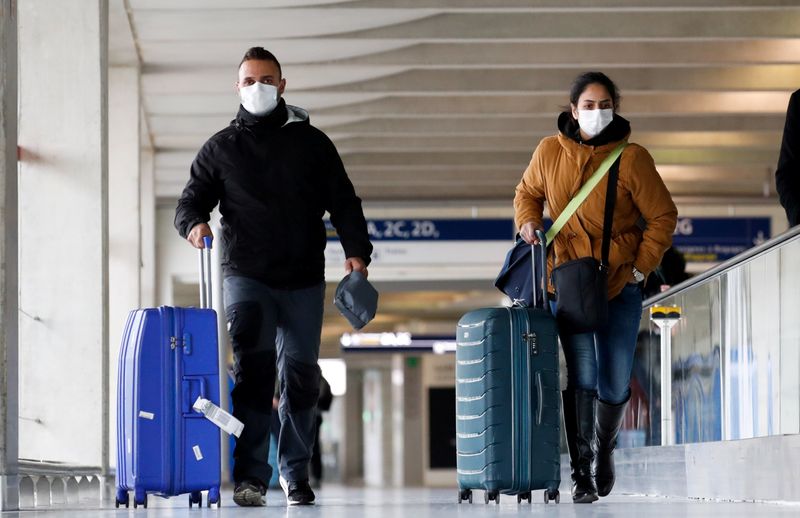 By Tracy Rucinski and Jamie Freed

For now, some airlines have resorted to suspending change fees for new ticket reservations in the hope of winning over hesitant travelers until it becomes clearer where coronavirus outbreaks are localized and which routes could benefit from price drops.

While lower fares have proven effective in the past in reviving demand, aviation consultant Samuel Engel said, “The pocketbook only works so far against emotion.”

The coronavirus, which emerged in the central Chinese city of Wuhan late last year, has spread around the world, with more new cases now appearing outside China than inside.

JetBlue Airways Corp, which does not fly to Asia, was the first airline to launch free rebooking options last week, as it became clear that cases were not isolated to China. JetBlue pulled together and announced its plan in a matter of hours, President Joanna Geraghty told Reuters.

“We tried to put ourselves in the shoes of our customers and think about what we would want if we were, for example, booking a spring-break trip right now,” Geraghty said.

U.S. majors have since followed suit with varying waivers on change fees for new reservations to many destinations, a switch from a previous policy that covered only pre-booked flights to areas hardest-hit by the coronavirus.

In Latin America, Peruvian low-cost carrier Viva Air was holding a board meeting on Wednesday to discuss measures, Declan Ryan, executive chairman of the board of directors, told Reuters.

But with none of the offers so far guaranteeing money-back refunds, travelers say the policies are not enough.

“I understand that there are a lot of question marks right now for the industry on how this will unfold, but I don’t feel like there’s a truly customer-friendly policy out here,” said Amanda Elman-Kolb of Chicago, who has put on hold plans for a family trip to Europe in August.

Declining demand to fly abroad is not limited to U.S. travelers. International travel to the United States will fall 6% over the next three months amid coronavirus concerns, the largest decline since the 2007-2008 financial crisis, the U.S. Travel Association forecast on Tuesday.

With extra widebody jets on hand after suspending flights to China, South Korea, Japan and northern Italy, major U.S. airlines are deploying them on domestic routes, a process known as upgauging. American Airlines (NASDAQ:) Group Inc, for example, is flying passengers from Chicago to San Francisco on a 787 Dreamliner, rather than just the usual narrowbody like a 737 or an A321.

Europe’s biggest carriers warned on Tuesday that the epidemic was upsetting growth, with Ryanair Chief Executive Michael O’Leary forecasting a “very deflated booking environment” for the next two to three weeks before recovering.

“After Easter if things have settled down, temperatures in Europe are rising, I think there will be a significant decline in the spread of the virus. Airlines will then respond with seat promotions, seat sales that will get people back traveling very quickly,” he told Reuters.

In the Asia-Pacific region, offers are under way.

Malaysian budget airline AirAsia X, which was struggling financially even before coronavirus, launched a 499 ringgit ($119.09) one-year pass for unlimited trips to Australia, Japan, Korea, China and India, excluding taxes and fees on each trip – a move that CEO Benyamin Ismail called “unprecedented.”

Fares are softening too on routes not directly affected by travel bans, with Australia to Los Angeles 25% lower in the three weeks ended Feb. 26 compared with the same period last year, data provided to Reuters by Skyscanner showed.

In perhaps the most vivid example, Vietnam Airlines JSC last week said it would offer $0 round-trip fares from Ho Chi Minh City to Kuala Lumpur and Singapore, excluding taxes and fees, to help stimulate tourism through the end of May.

“Airlines have historically shown little hesitance to reduce prices to get volume,” said Wolfe Research analyst Hunter Keay. “One thing we know about leisure air travel demand, it can be very easily stimulated.”