Home
Market
Alitalia to relaunch with much smaller fleet: sources
Prev Article Next Article
This post was originally published on this sitehttps://i-invdn-com.akamaized.net/trkd-images/LYNXMPEG2M1Q7_L.jpg 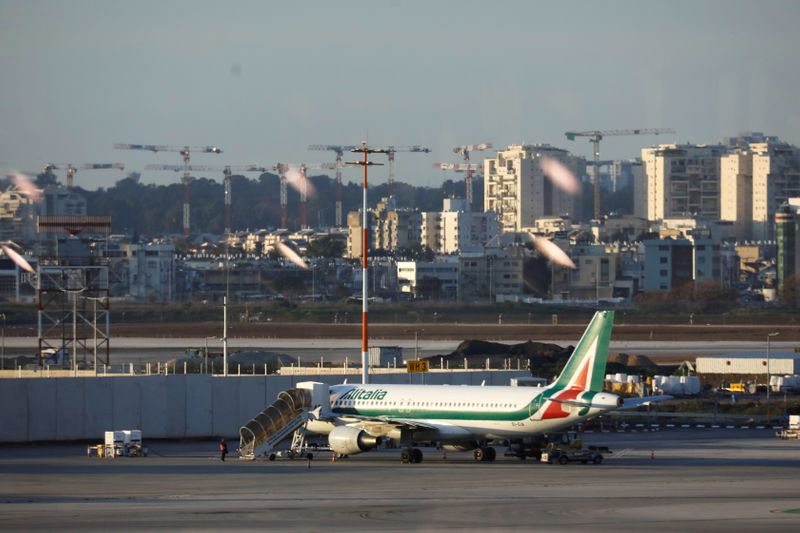 MILAN (Reuters) – The Italian government plans to take control of loss-making carrier Alitalia [CAITLA.UL] in a month or so, creating a new company that will start off with a much smaller fleet, union sources said on Monday.

According to the sources, the industry ministry told unions on Monday that the new Alitalia would start with 25-30 aircraft, around a quarter of the fleet it was operating before the coronavirus outbreak.

Alitalia and the industry ministry were not immediately available for comment.

“The government said that 25-30 aircraft would only be the starting point, but we are concerned the fleet will not be expanded once the emergency is over,” one of the sources told Reuters.

The government did not spell out what its plan was for Alitalia’s workforce, which is currently in excess of 11,000.

A meeting between the industry, transport and labor ministers and the unions is scheduled for March 30, the USB union said in a statement.

“Even if we acknowledge the serious crisis that the country is experiencing, the new Alitalia should be created with the idea of developing it and increasing its flights once the emergency is over,” the CGIL and FILT unions said in a joint separate statement.

The two unions said they had asked the government for details about the carrier’s business plan, adding it should “protect jobs”.

The loss-making airline is currently operating 100 flights a day, a quarter of its normal activity, due to the virus outbreak.

The government last week approved a decree allowing it to put the airline under state control again after 11 difficult years of private management.

It has earmarked 500 million euros ($537 million) for the whole airline sector in Italy, but government sources said the bulk of the money would go to Alitalia, which is rapidly running out of cash.

Alitalia has been run by state-appointed administrators since May 2017 and was looking for new investors to buy it and restructure its business before the global airline sector was sent into a tailspin by the health emergency.

Even before the coronavirus crisis, it was burning through its cash resources at the pace of about 300 million euros a year, its new temporary administrator Giuseppe Leogrande said in January.