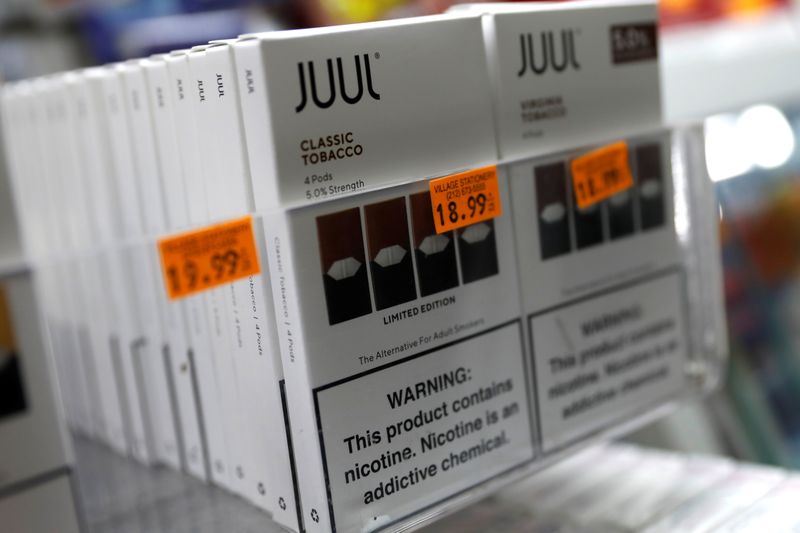 (Reuters) – Altria Inc (N:) took another $4 billion charge on its investment in Juul Labs Inc and said it had reworked its deal terms with the embattled e-cigarette maker, which is facing increased regulatory scrutiny amid a backlash against vaping.

The Marlboro maker said on Thursday the fourth-quarter charge was mainly for the increased number of legal cases pending against Juul and the expectation that the number will grow.

Overall, Altria has recorded $8.6 billion in impairment charges after it took a 35% stake in Juul for $12.8 billion in December 2018. These charges brought down the value of its investment to $4.2 billion as of Dec. 31, Altria said.

Shares of Altria fell 5% in early trading after the company also posted a fourth-quarter loss of $1.81 billion, compared with a profit $1.25 billion.

With the Juul deal, Altria had set its sights on re-entering the market for vaping in the face of declining smoking rates and cigarette sales in the United States.

But a string of vaping-related deaths, coupled with increased bans following a surge in teenage vaping, has clouded Juul’s future and shrunk its valuation since Altria bought the stake.

Altria said it would stop providing services including logistics, distribution and access to retail shelf space to Juul, while also outlining a plan to reshuffle the company’s board once regulators complete the anti-trust probe related to the deal.

It will only help Juul with regulatory affairs services including the submission of its products for approval by the U.S. Food and Drug Administration, the company added.

Altria also said Juul will restructure its board to include two directors designated by Altria after the completion of the probe.

“This agreement is a continuation of the reset initiated by JUUL’s leadership team,” Altria Chief Executive Officer Howard Willard said in a statement.