Home
Market
Amazon Could Hit $3,200 in Bull Case: RBC
Prev Article Next Article
This post was originally published on this sitehttps://i-invdn-com.akamaized.net/news/LYNXNPEC1412T_M.jpg 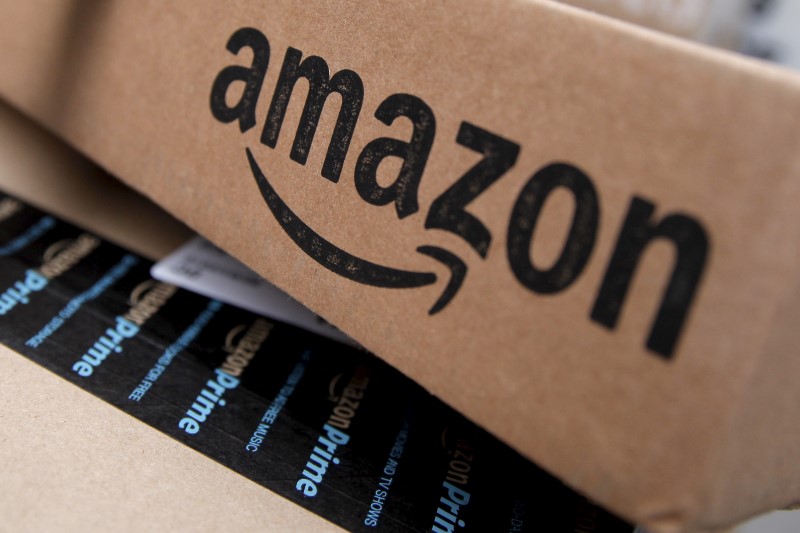 Investing.com – Amazon (NASDAQ:) has weathered the selling storm Friday, underpinned by its blowout quarterly results. But the e-commerce giant’s rally is far from over, with one analyst laying out a bull case for the stock to rally nearly 60% over the next two years.

RBC Capital’s raised its price target on shares of Amazon to $3,200 from $2,700 and estimated that the stock could rally to $3,200 on a favorable backdrop.

In an upside scenario, Amazon shares could be worth $3,200 as heightened growth could spur support higher multiples for the e-commerce giant, RBC said.

“Operating margins could expand in 2019 due to increased revenue growth coupled with improving efficiencies,” it added.

The bullish outlook comes a day after the e-commerce giant delivered blowout quarterly results, with a beat on both the top and bottom lines.

Growth was led by strong performance in its North American retail business as the rollout of its one-day shipping program bolstered sales.

Its cloud business, AWS, also impressed with better-than-expected as revenue of $9.95 billion for the quarter, topped estimates of $9.84 billion.

The beat in cloud services in the face of rising competition should ease investor concerns about the slowing growth in the e-commerce giant’s high-margin business.

AWS’ performance for the quarter should allay fears as it suffered “only 100 basis points of deceleration (but added) more dollar-adds year-on-year” than Microsoft (NASDAQ:) Azure and Google (NASDAQ:) Cloud combined, Barclays said.