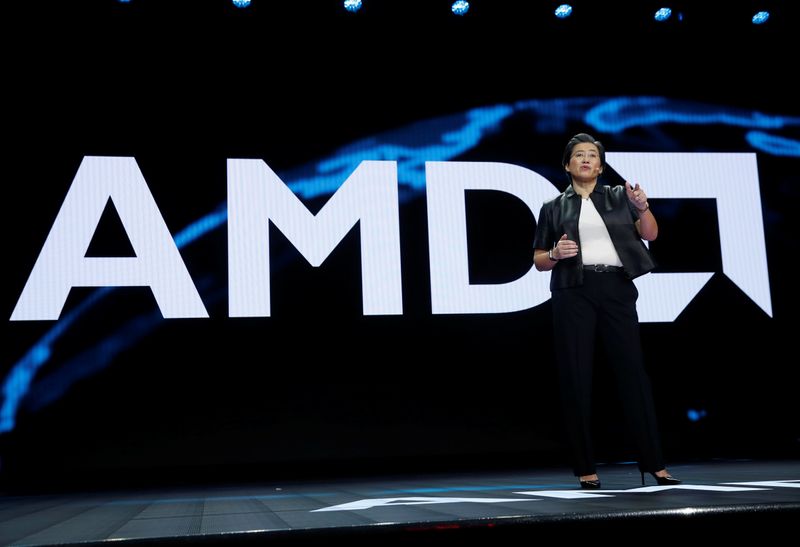 © Reuters. Lisa Su, president and CEO of AMD, gives a keynote address during the 2019 CES in Las Vegas

Shares of the company fell 3% in extended trading.

Analysts had warned that the company would make lesser money from gaming consoles in the first half of 2020, given inventory is drawn down ahead of launches by Sony (T:) and Microsoft (O:) during the rest of the year.

AMD projected first-quarter revenue to be about $1.8 billion plus or minus $50 million, compared to analysts’ average estimate of $1.86 billion, according to IBES data from Refinitiv.

In the fourth-quarter, sales in its enterprise, embedded and semi-custom segment, which houses chips used in consoles, rose 7% to $465 million, but missed FactSet estimates of $603.8 million.

The disappointing forecast overshadowed strong demand in its computing and graphics segment.

Revenue rose to $2.13 billion from $1.42 billion, beating analysts’ estimates of $2.11 billion, according to IBES data from Refinitiv.