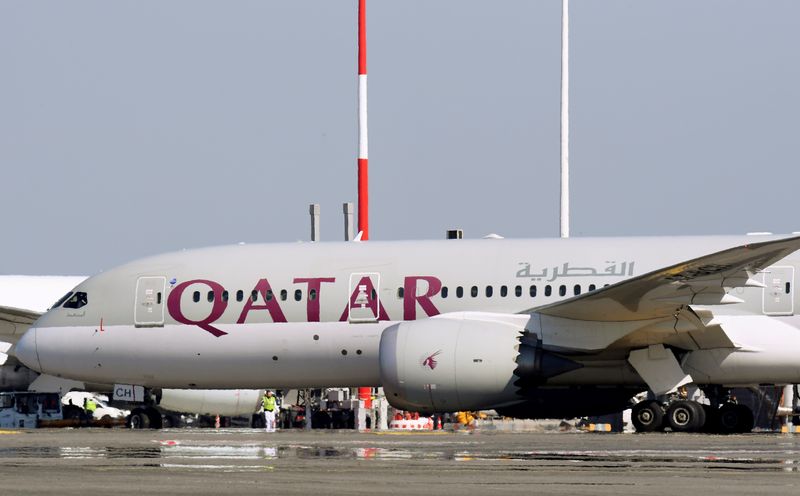 The largest U.S. airline also said it is considering launching service from the United States to Doha.

Starting in 2015, the largest U.S. carriers argued their Gulf rivals were being unfairly subsidized by their governments, distorting competition and costing U.S. jobs – something the Gulf carriers deny.

“The issues that led to the suspension of our partnership two years ago have been addressed, and we believe resuming our codeshare agreement will allow us to provide service to markets that our customers, team members and shareholders value,” said American Chairman and Chief Executive Doug Parker in a statement.

Qatar Airways Group Chief Executive Akbar Al Baker said in a statement the strategic partnership “will bring together two of the world’s largest airline networks, increasing choices for millions of passengers and providing seamless connectivity to a significant number of new destinations.”

Pending government approvals, American will place its code on some Qatar Airways’ nonstop and connecting flights to and from the United States and Qatar Airways’ hub in Doha, allowing American’s customers access to additional destinations in the Middle East, East Africa, and Asia that it does not serve.

Qatar Airways will place its code on select flights going beyond American’s hubs in Dallas-Fort Worth, Chicago O’Hare, Philadelphia, Miami, New York-JFK and Los Angeles, and on American’s international flights to and from Europe, the Caribbean, Central America and South America.

Parker and American President Robert Isom said in a note to employees on Tuesday that the airline has “gotten more strategic about where American’s metal is deployed and when to enter joint businesses and alliances with partners to strengthen and complement our network. We will continue to act strategically to expand and deepen our global partnerships.”

American in June 2017 notified Qatar of its decision to terminate its codeshare relationship.

In April 2019, U.S. Secretary of State Mike Pompeo said the administration was scrutinizing Qatar Airways’ acquisition of a 49% stake in Air Italy, which had been flying to U.S. destinations since 2018 in a move seen by U.S. lawmakers as flouting a deal not to add new flights to the domestic market.

Qatar Airways and another investor agreed earlier this month to put Air Italy into liquidation.