Home
Stocks
: American Airlines responds to viral video appearing to show a toddler kicked off a flight for not wearing a mask
Prev Article Next Article
This post was originally published on this site 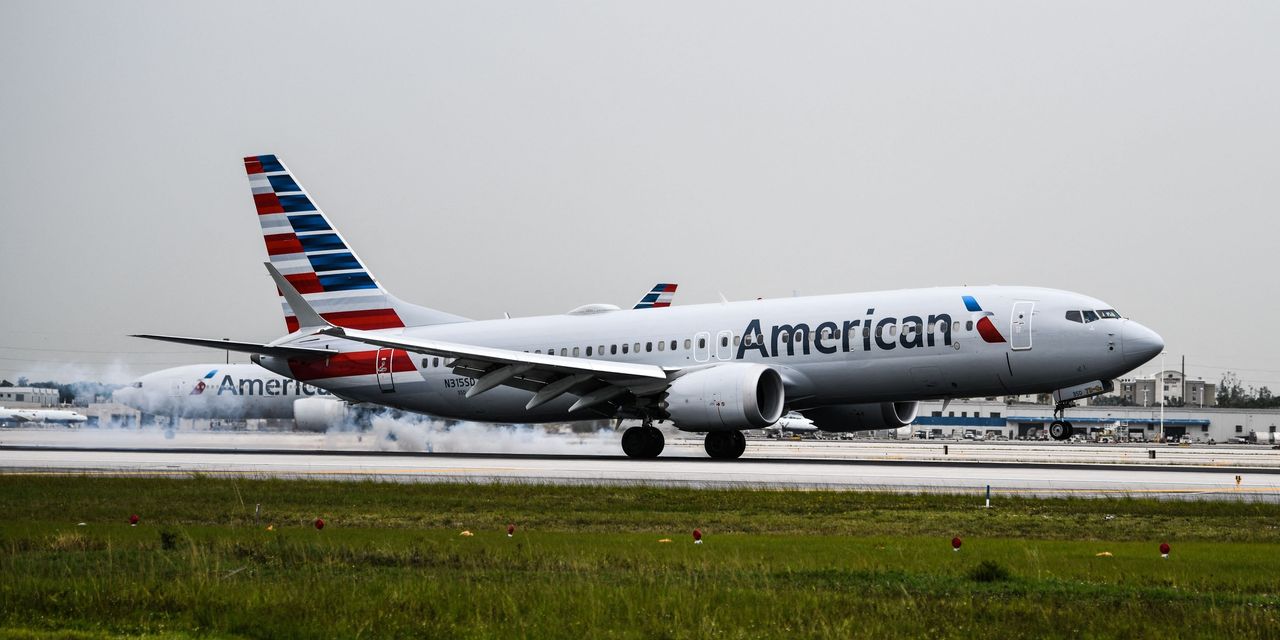 A video going viral on Twitter on Thursday appears to show a mother and a toddler being kicked off an American Airlines
AAL,

flight because the asthmatic child didn’t keep a mask on.

The airline says the situation was more complicated, however.

Amanda Pendarvis shared on her Instagram Stories earlier this week that she, her mother and her 2-year-old son, Waylon, were removed from AA Flight 1284 leaving Dallas-Fort Worth on Monday, because her son was having an asthma attack and couldn’t keep his mask on his face.

A friend of hers reposted screenshots of the footage on Twitter
TWTR,
,
and video clips of the toddler crying while Pendarvis tries putting his mask on, followed by footage of the pair exiting the plane, were picked up and shared across Twitter on Wednesday and Thursday, leading American Airlines to trend as many readers expressed outrage that a toddler with asthma was being forced to wear a mask.

A spokesman from American Airlines confirmed to MarketWatch that AA Flight 1284 was returned to the gate, and that Pendarvis’ party had to deplane for “refusing to comply with crew member instructions to remain seated while on an active taxiway and to wear face coverings securely over their nose and mouth.” They were rebooked for another flight, and there were no fees associated with the rebooking, the airline said.

Federal safety regulations require that all customers remain seated with their seatbelt fastened anytime an aircraft is on an active taxiway, the spokesman noted, but the child wasn’t in his seat.

“”At no time was it made known to our crew members that a member of the party was experiencing an asthma attack or trouble breathing. Individuals were not addressed for failure to comply with face covering requirements at any point while administering treatment.” ”

“After observing a minor in the party laying in the aisle and moving between seats on taxi out, our flight crew made multiple attempts to reinforce safety requirements,” he continued. “While addressing the party, our crew also reminded the individuals in the party that federal directives require customers to wear a face covering at all times while on board unless actively eating or drinking.”

”At no time was it made known to our crew members that a member of the party was experiencing an asthma attack or trouble breathing,” he added. “Individuals were not addressed for failure to comply with face covering requirements at any point while administering treatment.”

The airline’s mask guidance, which follows directives from the Centers for Disease Control and Prevention (CDC) and the Transportation Security Administration (TSA), requires all passengers ages two and up to wear a face covering at all times while indoors at the airport and on board the planes. The AA spokesman said all three members of this party were aged two and older.

Some exemptions may be granted to those with disabilities who make a request to the airline’s special assistance team at least 72 hours before the flight, the airline said, and these exemptions require documentation from a licensed health care provider, as well as proof of a negative COVID-19 test taken within three calendar days of departure, or proof of recovery from COVID-19. More information on American Airlines’ face covering requirements can be found here.

This incident comes as people in many parts of the country have been divided over COVID-19 restrictions as the pandemic has headed into its second year. While most Americans in a recent Pew survey say that the public health benefits of COVID-19 restrictions “have been worth the costs,” opinions over whether children should wear masks as they go back to school, or President Joe Biden’s vaccine mandates for businesses with more than 100 employees, have sparked public debate.