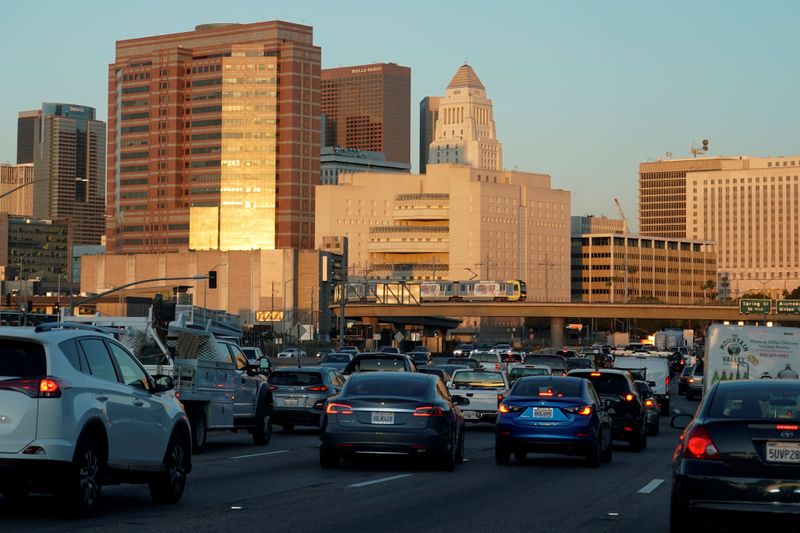 (Reuters) – Customers streamed into auto showrooms from California to Florida over the weekend, car dealers across the United States said on Monday, shrugging off concerns that coronavirus worries might dampen sales.

Industry analysts cautioned that a growing number of virus infections could deter Americans in March, and automakers face difficult calls on pricing and production. But dealers and analysts said there was no discernable impact on February U.S. car sales, a strong month for dealerships.

Carmakers are expected to give dealerships details of their consumer discount offers in the coming days. Changes to pricing offers could reflect a drop in supply of some Asian vehicles hit by supply shortages. Automakers could also cut prices to lure worried U.S. shoppers.

Since the virus originated in China nine weeks ago, demand for cars has plunged in Asian countries as dealerships were closed and consumers stayed home. Korean carmaker Hyundai Motor Co (KS:) on Monday reported its lowest number of monthly sales in a decade.

To date 10 U.S. states, including California, have confirmed presumed infections. California is the country’s biggest car market, accounting for more than 10% of all U.S. sales.

Larry Laskowski, executive director at the Independent Automobile Dealers Association of California, which represents the state’s roughly 6,000 used car dealers, said the coronavirus has not been an issue for members.

In San Ramon, a city 35 miles east of San Francisco surrounded by counties that have reported coronavirus cases, dealership owner Greg Meier said his business was better than expected this weekend.

“Some people were joking about the virus when they came in this weekend, but no one was panicked or scared,” Meier said.

His remarks were echoed by dealership groups in Texas, Florida and New York.

“The concern that you can catch coronavirus from walking into a dealership is not something we’ve seen,” said Darren Whitehurst, president of the Texas Automobile Dealers Association.

A spokeswoman for the National Car Dealers Association said the group reached out to dealers in various regions over the weekend and received no reports of a fall-off in foot traffic or a drop in sales.

Total U.S. auto sales in February are projected to reach more than 1.3 million vehicles, according to JD Power, up 1.8% from last year. Tyson Jominy, the research firm’s vice president of automotive data & analytics consulting, said there was no reason to back away from that projection due to the virus.

But he said analysts were closely watching changes to carmakers’ incentives packages as an indicator for sales.

Of particular interest are popular Asian models, such as Hyundai’s Palisade and Subaru Corp’s (T:) Forester SUV. Moves to increase finance interest rates or upfront down payments could point to tight supply.

Hyundai did not respond to a request for comment. The company last month halted production at home due to a shortage of parts from China.

Richer discounts could point to a steady supply of cars and a desire to draw customers into showrooms.

“It all comes down to what dealers are doing in the coming days as news of the coronavirus spread in the U.S. picks up,” Jominy said.