Home
Market
Amgen 2020 outlook falls short of Street estimates, shares down 3%
Prev Article Next Article
This post was originally published on this sitehttps://i-invdn-com.akamaized.net/trkd-images/LYNXMPEG0T29O_L.jpg 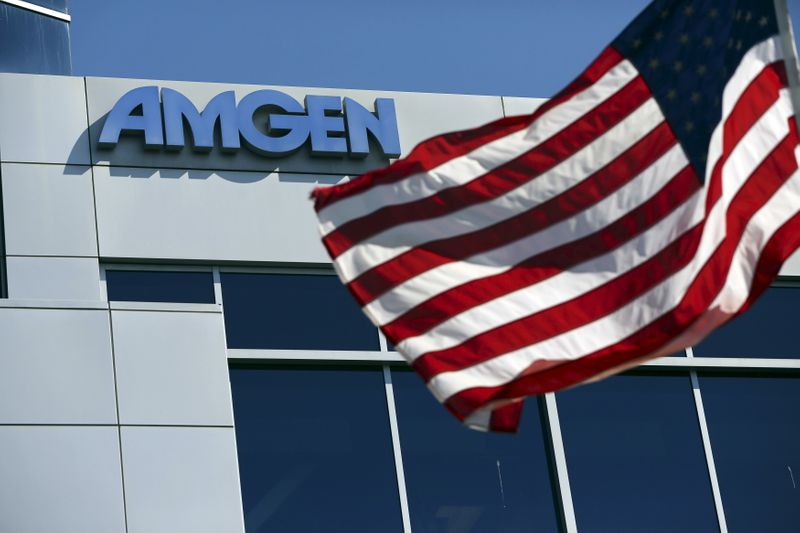 A company official attributed the difference to lower interest income and Amgen’s recently acquired 20.5% stake in China’s BeiGene Ltd (HK:), which is not yet profitable.

For the fourth quarter of last year, Amgen said its sales fell 2% from a year earlier due to competition from lower-cost generic drugs and biosimilars, but share buybacks enabled the company to post a profit that topped Wall Street estimates.

Sales for the quarter totaled $5.88 billion. Total revenue fell 1% to $6.2 billion, which was ahead of the average analyst estimate of $6.06 billion.

Net earnings fell 5% to $2.85 per share due to higher operating costs partially offset by a lower share count.

Sales of older drugs such as white blood cell booster Neulasta and kidney drug Sensipar fell sharply due to competition from cheaper versions. Neulasta was down 43% at $665 million and Sensipar sales were off by 76% at $107 million.

Sales of newer drugs like cholesterol fighter Repatha and migraine drug Aimovig rose. Repatha was up by 26% to $200 million, while Aimovig rose 3% to $98 million in the quarter.

Amgen said it bought back around 6% of its outstanding shares last year.