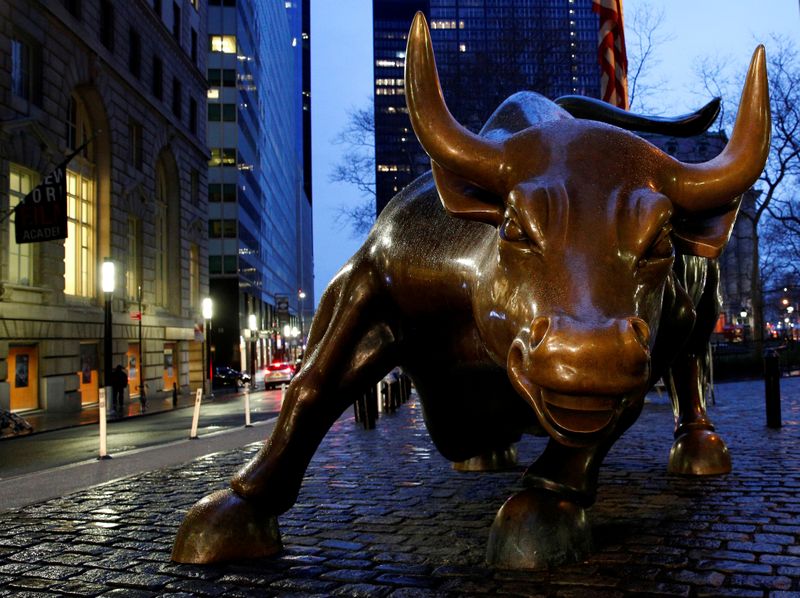 NEW YORK/BOSTON (Reuters) – A sustained shift to value stocks has eluded investors for years. Indeed, a casualty this week was the $10-billion AJO quantitative value fund that announced it was shutting, citing the longest “drought” on record in value.

Some investors and analysts, however, are making a counter-argument, saying the unloved trade could be worth buying as the U.S. election nears and progress continues on a coronavirus vaccine.

“Investors have lost patience with value stocks but the irony is that we could be just weeks away from a turning point,” said Troy Gayeski, partner and co-chief investment officer at SkyBridge Capital.

A possible “Blue Wave” election on Nov 3, in which former Vice President Joe Biden wins the presidency and his Democratic party takes the U.S. Senate, could lead to massive stimulus, while clinical data on COVID-19 vaccines are expected by the end of the year.

Both outcomes could boost the outlook for the economy and help value portfolios, which tend to lean more heavily than growth on shares of banks and other financials, as well as on industrials, energy and materials companies, investors and analysts say.

Some investors are tip-toeing in. Lauren Goodwin, multi-asset portfolio strategist at New York Life Investments, has been increasing value exposure “on the margin” in part as a hedge, “in the event that we have a quicker-than-expected resolution to the medical crisis, or in short outbursts when we have economic optimism.”

Investing in so-called value stocks with cheap prices has a broad following and counts Warren Buffett as its most prominent disciple. But such value bets at the expense of buying high-profit growth stocks such as tech companies have generally been a losing trade for years.

BofA Global Research said value stocks had “more room to run,” noting that value outperformed the benchmark S&P 500 (SPX) for at least three months at around the bottom of every economic recession since 1929.

Goldman Sachs (NYSE:GS) said recently that a 2020 vaccine approval “would likely drive a rotation towards value.”

“I think we are going to get a regime shift in markets probably after the election,” said Peter Berezin, chief global strategist at BCA Research, which last month recommended clients “pivot to value” and says value’s discount to growth is “greater than it’s ever been.”

AJO Partners founder Ted Aronson, in a memo this week, said while he believed in a future for value, it was “unlikely to arrive fast enough — for us.” The fund’s Large Cap Absolute Value strategy, which has more than $5 billion, fell 15% in the first nine months of 2020.

Banks are among stocks that would need to see a resurgence for value to shine, and some fund managers are getting ready for such a shift. Citigroup (N:C) saw 196 new fund firms take positions in the company during the second quarter, including Coltrane Asset Management, while Citadel and Thornburg Investment Management upped their holdings, regulatory filings show.

But interest rates at rock-bottom levels are a hindrance. Bank stocks are tightly linked to bond yields, and financials are the biggest sector in the Russell 1000 value index.

“If you are putting on the value trade that is dependent upon those, you need to make sure that those events happen,” Palfrey said.