Home
Stocks
Another thing your ZIP code determines: Your experience with student debt
Prev Article Next Article
This post was originally published on this site 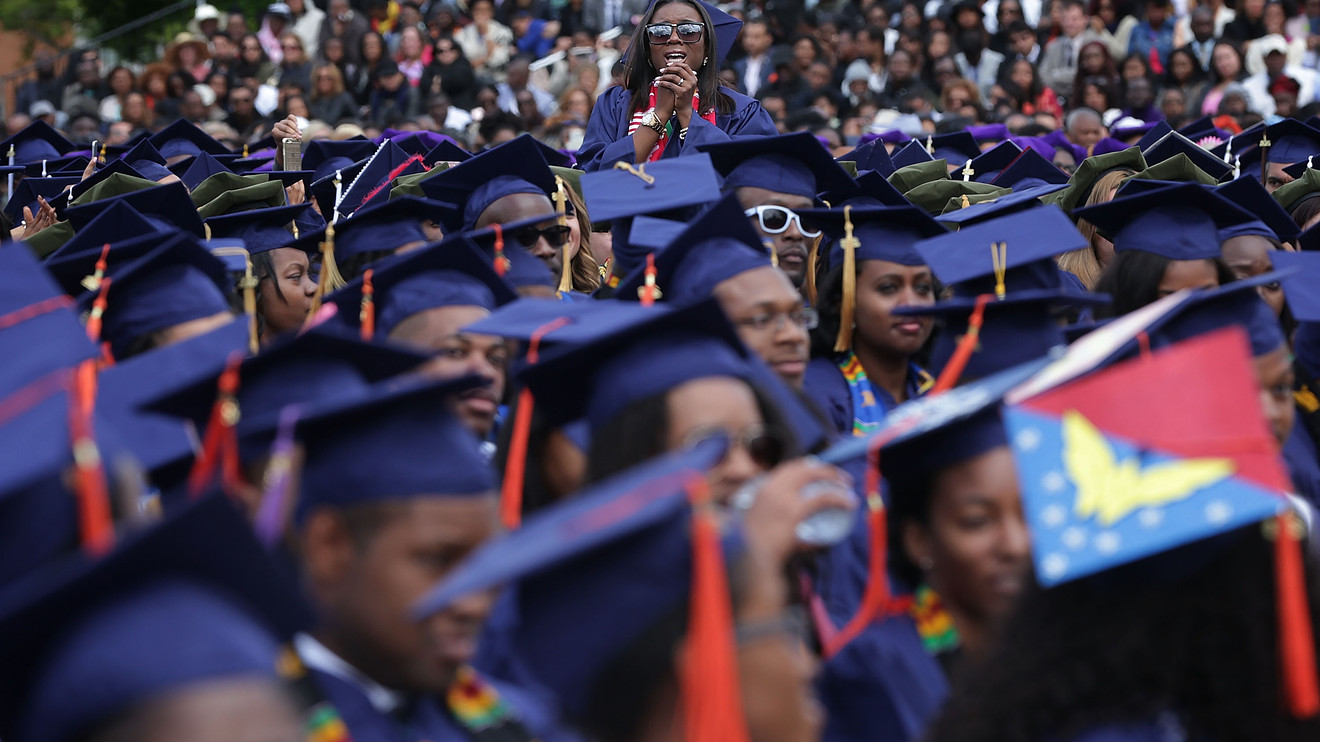 Borrowers living just a few blocks away from one another can have vastly different experiences with their student loans and that wide gulf in outcomes corresponds strongly with the racial makeup of a neighborhood.

That’s the conclusion of an analysis released Monday by the Student Loan Borrower Protection Center, a nonprofit that advocates for policies that would help alleviate the nation’s student-debt crisis. The report is based on earlier research from economists at the regional Federal Reserve banks in New York, Philadelphia, Washington, D.C. and San Francisco.

It adds to the already large body of evidence documenting the ways in which student debt exacerbates racial inequality. The findings also highlight how the gulf in student loan outcomes can reinforce the financial segregation baked into our credit markets by decades of discriminatory policies.

“Any of the stuff that you’re looking at that is credit-based — which is everything in America — Black families pay a higher interest rate, they pay higher for everything,” said Mehrsa Baradaran, a professor at University of California-Irvine’s Law School. “Student loans are particularly pernicious because you’re just saddling the next generation with the historic wrongs that the generation prior had.”

Neighborhoods where most residents are white struggle less with student debt

The SBPC analysis highlights how these disparities play out on the neighborhood level. In Philadelphia, in the ZIP code that includes majority-white neighborhoods such as Fairmount, Francisville and Spring Garden, the ratio of the median student debt to the median household income is 32%. In the adjacent ZIP code, where 86% of residents aren’t white and includes neighborhoods such as Brewerytown and Strawberry Mansion, that ratio jumps to 104%.

Across the country in San Francisco, student loan outcomes are similarly starkly divided along neighborhoods’ racial makeup. In majority white neighborhoods like South of Market and Rincon Hill, the ratio of median student debt to median household income is 12%. In neighborhoods like the Tenderloin, Hayes Valley and Mid-Market, where the majority of residents aren’t white, that ratio is 57%.

The reasons why borrowers of color, and particularly Black borrowers, struggle more with student debt have to do with generations of wealth inequality and discriminatory practices. Black Americans were locked out of the white economy for centuries and then blocked from some of the major sources of wealth building in America, like owning a home, through policies like redlining.

Because Black students and their families have less wealth to draw on when paying for college they likely have to borrow more. In addition, students of color have historically had limited access to the wealthy schools that have the resources to both provide generous financial aid and help students get through school. Finally, once students of color graduate, they’re at risk of facing well-documented discrimination in the job market, which can mean they have less money from which to repay their student loans.

“The thing with Jim Crow credit is it’s not something that needs perpetual discrimination,” to continue, said Baradaran, the author of “The Color of Money: Black Banks and the Racial Wealth Gap.”

“Once you created these two different sectors that was it. That’s essentially what we’re seeing right now, is just basic outgrowth of those decisions.”