Home
Market
Apple to close all China mainland stores due to virus outbreak
Prev Article Next Article
This post was originally published on this sitehttps://i-invdn-com.akamaized.net/trkd-images/LYNXMPEG102PV_L.jpg 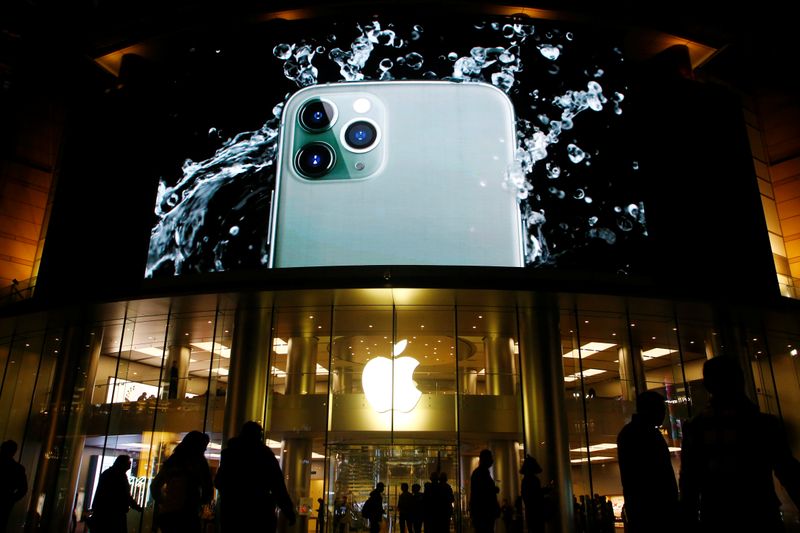 © Reuters. Screen displaying an advertisement for iPhone 11 Pro is seen outside an Apple store in Beijing

(Reuters) – Apple Inc (NASDAQ:) on Saturday said it would shut all of its official stores and corporate offices in mainland China until Feb 9. as fears over the coronavirus outbreak mounted and the death toll more than doubled to over 250 from a week ago.

“Out of an abundance of caution and based on the latest advice from leading health experts, we’re closing all our corporate offices, stores, and contact centers in mainland China through February 9,” Apple said in a statement. The company said looked forward to re-opening stores “as soon as possible”.

Earlier this week, Apple closed three stores in China due to concerns about the spread of the virus.

It’s joining a handful of overseas retailers, including Starbucks Corp (NASDAQ:) and McDonald’s Corp to temporarily shut storefronts as a precautionary measure.

Many other companies, meanwhile, have called for employees in China to work from home and cease non-essential business travel in the first week of February.

Normally, businesses in China would be preparing to return to normal operations following the end of the week-long Lunar New Year Holiday.

Apple remains heavily reliant on China both for smartphone sales as well as for its supply chain and manufacturing. Many factories in Hubei province, including plants run by AB InBev and General Motors Co (NYSE:), have temporarily suspended production due to the virus.

In a recent earnings call, Apple CEO Tim Cook said the company was working out mitigation plans to deal with possible production loss from its suppliers in Wuhan. The city where the virus outbreak originated is home to several Apple suppliers.