Home
Stocks
Asia Markets: Japan’s Nikkei edges higher ahead of Bank of Japan meeting
Prev Article Next Article
This post was originally published on this site 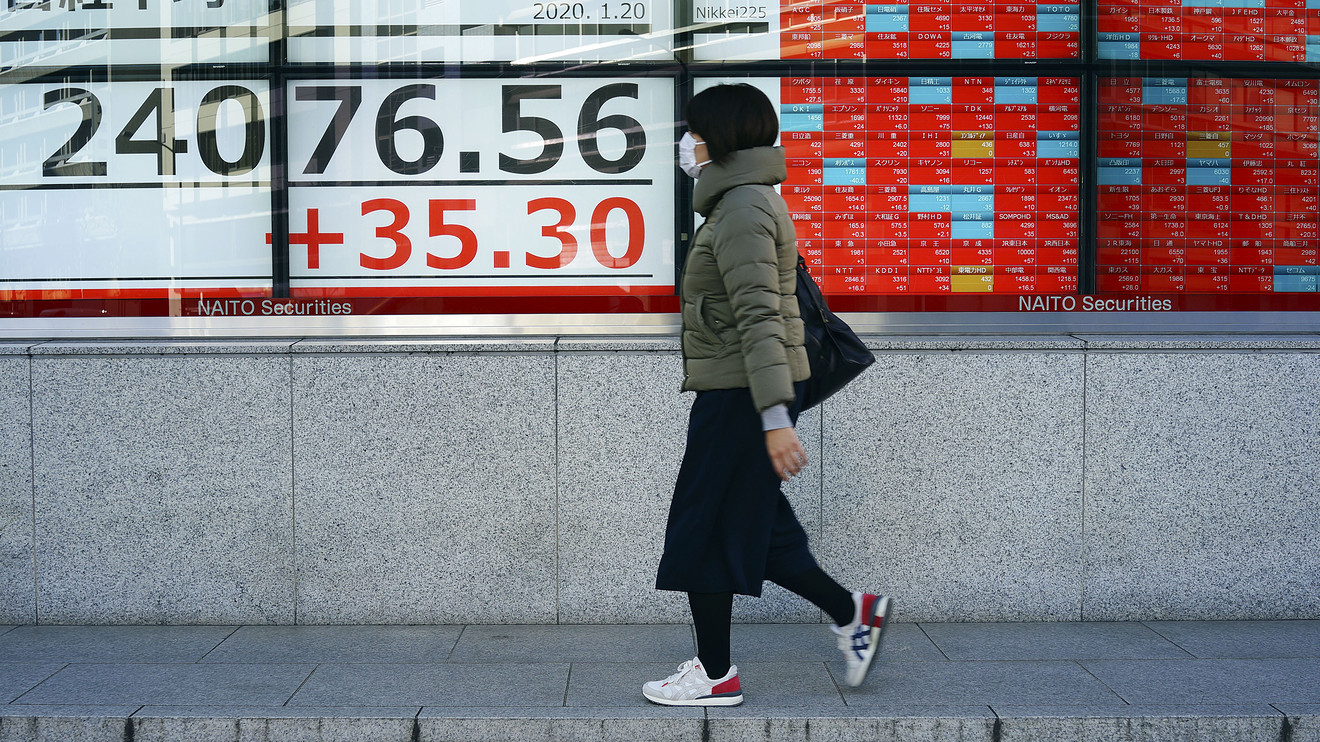 Japanese stocks edged higher Monday as investors looked for trading clues ahead the Bank of Japan’s start to its two-day policy meeting. The earnings season in Japan is also set to start later this week. The Nikkei was up 56 points in early trading, with the U.S. dollar trading at 110.18 yen, compared with 110.20 as of Friday’s Tokyo stock market close. The Nikkei Stock Average NIK, +0.18%   ended 0.5% higher at 24041.26 on Friday.

South Korea’s GDP growth likely accelerated in 4Q from the previous quarter, analysts say. South Korea likely grew 0.7% in the fourth quarter versus the third quarter’s 0.4% expansion, according to the median forecast of seven economists polled by the Wall Street Journal. The country’s exports have yet to improve significantly despite easing tensions between the U.S. and China, and sluggish demand is still weighing on the domestic economy, Eugene Investment & Securities economist Lee Sang-jae says. The 4Q data are set to be released early Wednesday. The Kopsi 180721, +0.54%   index was up just under 1 % early Monday.

China’s central bank will resume cutting interest rates before too long, with 50 basis points of easing by the end of 2020, says Julian Evans-Pritchard, senior China economist at Capital Economics. The central bank seems to have adopted a wait-and-see approach in response to the recent improvement in economic data, but Capital Economics is skeptical that the latest uptick in economic activity marks the start of a sustained turnaround.

China’s central bank left its one-year loan prime rate unchanged at 4.15%, holding off on easing credit further as it uses other methods to pump up liquidity in the markets ahead of the Lunar New Year.

The story was compiled from Dow Jones Newswires and Associated Press reports.