Home
Stocks
Ask the Dow: Trump blames Obama for federal debt and leaves entitlement-program cuts shrouded in doubt
Prev Article Next Article
This post was originally published on this site 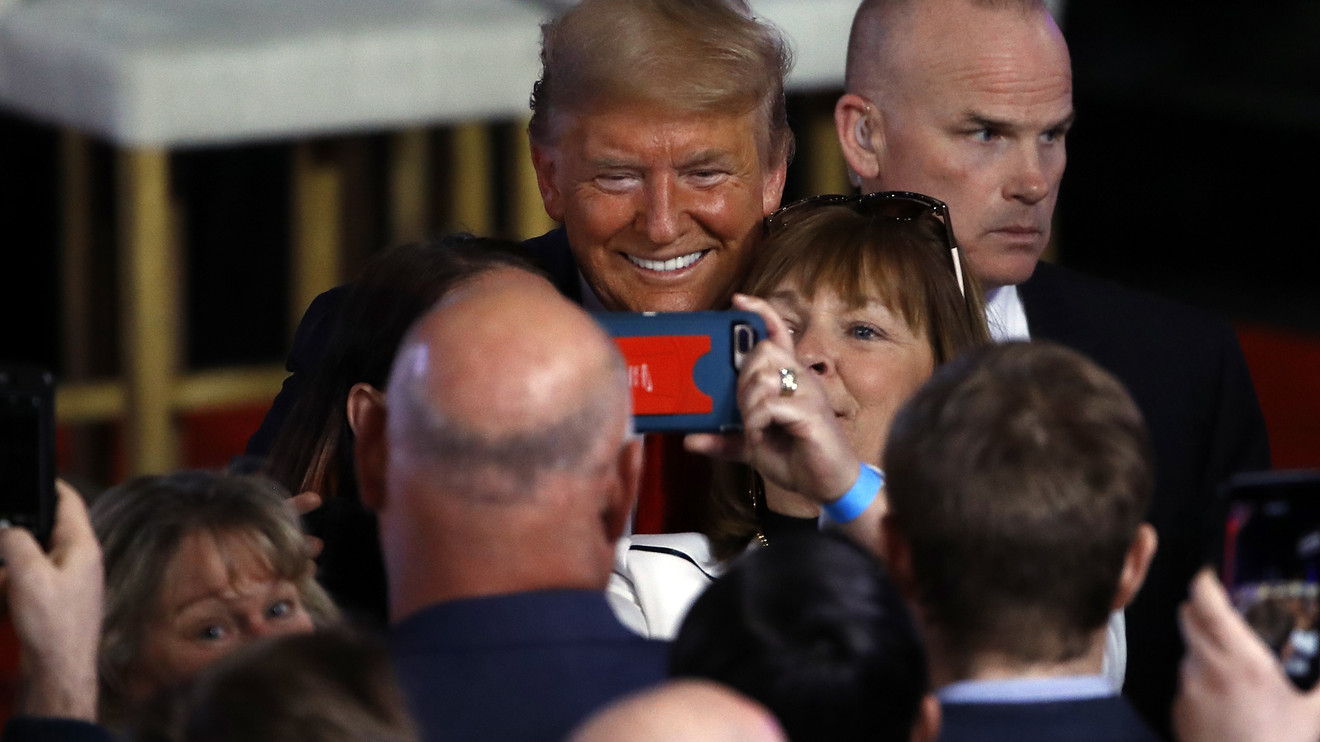 During a Fox News town hall on Thursday in prospective White House rival Joe Biden’s hometown of Scranton, Pa., President Donald Trump defended his continued use of playground nicknames for political adversaries as well as his administration’s response to the coronavirus outbreak and went on to field questions about immigration, health care, federal regulations and other topics.

Asked if he cared about the national debt, which has grown under his tenure despite the chugging-along economic expansion that began in the first year of Barack Obama’s presidency, 2009, Trump said he would focus on the issue in a second term and would like to refinance the debt.

He sought to shift blame to Obama.

Trump said he last spoke with his predecessor at the funeral for President George H.W. Bush. “I sat next to him, and I said, ‘Hello,’ and then I said, ‘Goodbye,’ ” Trump said, as the audience laughed at his tone. “I didn’t like the job he did.”

Reminded at the Fox News town hall that he likely can’t reduce the debt without cutting entitlement programs, such as Social Security, Trump said, “We will be cutting.” It was not immediately clear whether he was referring to the mandatory spending programs, discretionary federal spending or both.

The president on Friday joined in the walk-back of his “cutting” remark. “I will protect your Social Security and Medicare,” he said on Twitter, “just as I have for the past 3 years.”

Some six weeks ago, the same scenario played out, with Trump telling an interviewer in Davos, Switzerland, that entitlement cuts would “at some point” be on his agenda only to have an aide and a presidential tweet deny the remark.

The president’s budget framework for the coming fiscal year does paint a target on entitlement-program spending.

See:The word entitlement aptly describes Social Security — whether you want to hear that or not

During a lightning round at the Pennsylvania event, Trump, a self-described germaphobe, said he’s gotten over his aversion to hand shaking, even during the age of the coronavirus. “You can’t be a politician and not shake hands,” the president said. “The bottom line is I shake anybody’s hand now. I’m proud of it.”

He also said he misses being able to walk down the street.

Trump regularly watches Fox News but has been critical of its polling from late February that showed him losing to the five leading Democratic candidates at that point. “Worst Polls, just like in 2016 when they were so far off the mark, are the @FoxNews Polls,” Trump tweeted.

MarketWatch contributed to this report.