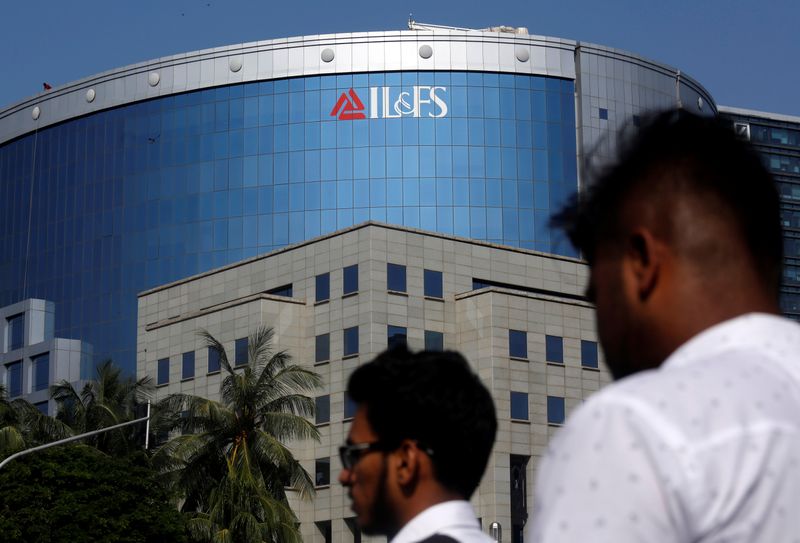 MUMBAI (Reuters) – India’s banks are freezing credit lines to shadow lenders as the coronavirus crisis shuts down commerce in Asia’s third-largest economy, but leaving this sector in the lurch risks wider financial contagion.

All major state-owned and private banks have stopped lending to non-banking financial companies (NBFCs) due to concerns about their financial health as businesses they lend to reel from the impact of the pandemic, four industry executives, who asked not to be named due to the sensitivity of the situation, told Reuters.

This has led to a working capital squeeze for many NBFCs who account for nearly a fifth of overall lending as they struggle to meet operating costs. Their debt collections have dried up amid a 40-day nationwide lockdown to rein in the respiratory illness that has claimed over 500 lives.

“For now, we’ve taken salary cuts of up to 75% across the board so that we can stretch the capital for a couple more months, but if things continue like this we are considering winding up our operations, the founder of a small NBFC that lends to small and medium enterprises said.

A report by India Ratings this month said NBFCs are more exposed to bad debt as they tend to lend to riskier clients, often those likely the hardest hit by the virus lockdown.

Non-bank lenders have faced much tougher market conditions since the collapse in late 2018 of Infrastructure Leasing & Financial Services (IL&FS), a major shadow bank. Securing credit has become more expensive for all but the top-rated players.

There are nearly 10,000 non-bank lenders in India out of which the top 100 manage at least 80% of the total assets under management, said Krishnan Sitaraman, senior director of rating agency Crisil.

Adding to the squeeze on NBFCs, the Reserve Bank of India (RBI) last month allowed banks and finance companies to offer their borrowers a moratorium on loans for three months to tide over the current crisis.

Most NBFCs have not been able to benefit from this as the final decision on which borrowers can delay loan repayments rests with banks, but they have extended debt moratoriums to their borrowers who mainly fall in the self-employed category and have seen their businesses affected by the lockdown.

“If I am giving a moratorium, then logically it has to be extended to me as well, otherwise how will we cope? In this situation, the small and medium NBFCs will run out of cash, if not now then in one month or so,” said Deo Shankar Tripathi, CEO of Aadhar housing finance.

Anil Gupta, vice president & sector head of financial sector ratings at credit rating agency ICRA, said that if the moratorium was not extended to NBFCs, it would lead to defaults and ratings downgrades that would in turn impair their ability to get refinancing.

“Also, due to loan default by these firms, even if 10-20% of banks’ total exposure goes bad that will be significant and can pose systemic risks,” Gupta added.

Non-bank firms lend to smaller companies and individuals via long-term loans which are typically funded by short-term loans from banks and mutual funds.

FIDC, an industry body that represents NBFCs has made several requests to the central bank and finance ministry asking them to direct banks to provide them with liquidity support, according to documents reviewed by Reuters.

They have also asked for additional measures such as restructuring of loans and a reduction in provisioning for bad debt.

The RBI did not respond to a request for comment and the finance ministry declined to comment.

The Indian Banks’ Association (IBA), an industry body, which represents lenders met on Saturday to discuss providing a moratorium to NBFCs but have not reached a consensus, said two bankers who attended the meeting and requested anonymity as the details of the meeting are not public.

The IBA did not respond to a request for comment.

On Friday, the RBI also introduced additional measures to provide more liquidity to shadow lenders but industry experts believe it may not help the small and mid-size NBFCs that are in need as banks continue to remain risk averse.

After IL&FS, defaults by two other NBFCs last year, Dewan Housing Finance Corp and Altico Capital, have also increased fears of contagion within the banking system.

The NBFCs have over 1.75 trillion rupees ($22.9 billion) of debt obligations maturing by June which includes bank loans as well as market borrowings, according to rating agency Crisil.

With few refinancing options, this could lead to a fresh hit for debt fund investors and a new wave of woes for banks, already grappling with $140 billion in bad debt, the agency said.