Home
Market
Australia's Westpac hires veteran banker McFarlane as chairman to tide over crisis
Prev Article Next Article
This post was originally published on this sitehttps://i-invdn-com.akamaized.net/trkd-images/LYNXMPEG0L2B2_L.jpg 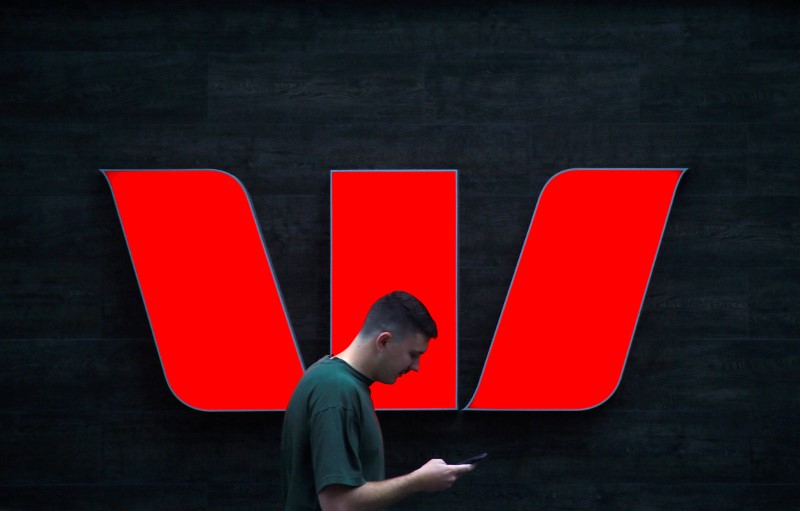 © Reuters. A pedestrian looks at his phone as he walks past a logo for Australia’s Westpac Banking Corp located outside a branch in central Sydney

The appointment comes less than two months after the bank got embroiled in the scandal and at a time of wider gloom for Australia’s “Big Four” banks following the damaging revelations from a government-backed inquiry into financial sector misconduct.

The scandal came to light in November and regulator AUSTRAC launched legal action against Westpac, accusing it of enabling 23 million payments in breach of anti-money laundering laws, including the facilitation of offshore payments relating to child exploitation.

It led to the resignation of Chief Executive Brian Hartzer and forced current Chairman Lindsay Maxsted to bring forward his retirement.

In last month’s annual meeting, the lender’s shareholders had voted down executive pay for a second year due to investor outrage over the scandal.

Last week, mining giant BHP Group (AX:) said Maxsted will not stand for re-election as a director on its board.

McFarlane, who was chairman of British bank Barclays (L:) until May last year, will assume charge on April 2 and oversee the search for a new CEO, the lender said.

“My focus initially will naturally be on resolving the company’s current issues but equally important, to position it as quickly as possible for long-term success,” McFarlane said in a statement, adding that the appointment of a CEO may take more time.

(This story fixes typo in headline.)