Home
Stocks
Autotrader: 10 things we hope to see in the new Ford Bronco when it arrives
Prev Article Next Article
This post was originally published on this site 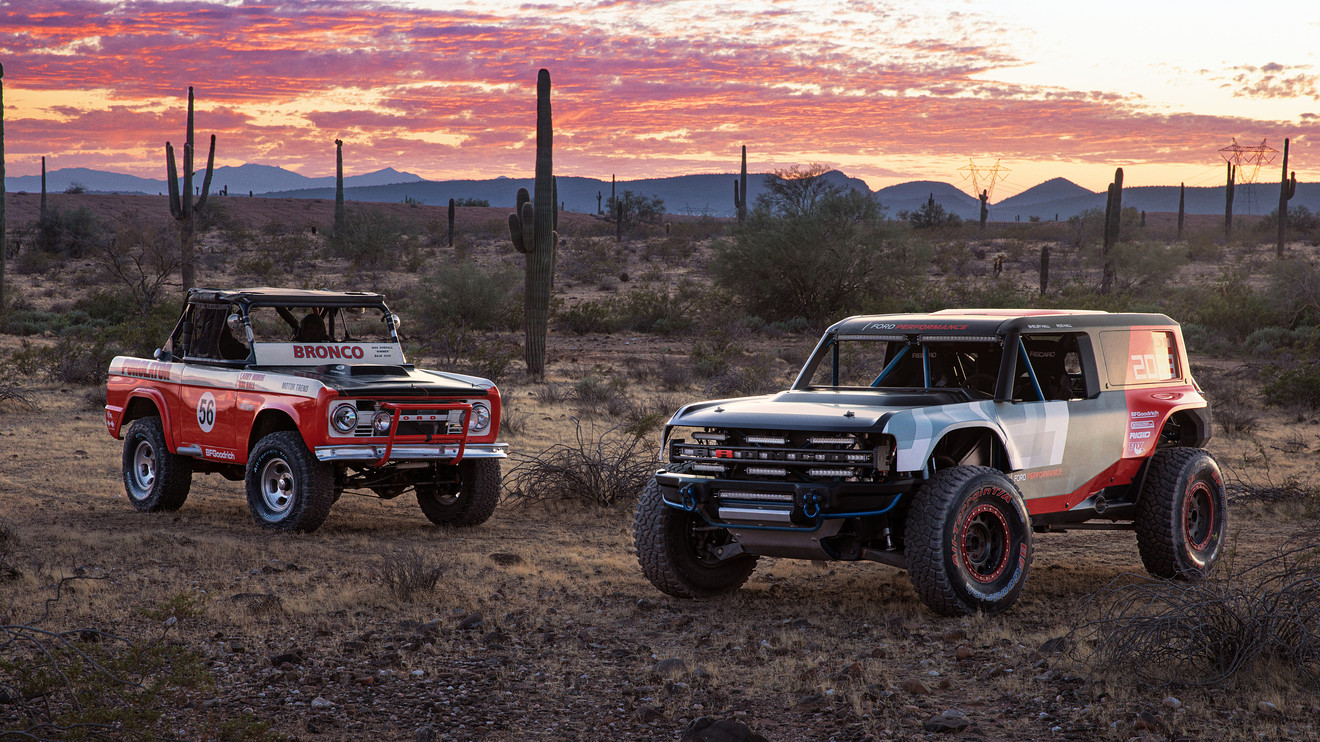 If you haven’t heard, a new Ford Bronco is on the way. The revival of any iconic nameplate like this is generally met with a lot of hype, and the Bronco is no different. Confirmed to be a dedicated off-roader in the vein of the Jeep Wrangler and Toyota 4Runner, the 2021 Ford Bronco is poised to offer retro-inspired design, great off-road capability and loads of cool features and should be revealed this spring with an on-sale date of later this year. Taking into account all of the rumors, spy shots and teasers that have been floating around over the past few years, here are 10 things we’re hoping to see in the 2021 Ford F, -9.48%   Bronco.

This one you can bet everything on. As previewed by the Bronco R prototype Baja 1000 racer, the new Bronco will assuredly have retro-inspired styling that pays tribute to the original Bronco that made its debut back in 1966. The Bronco R racer, shown above, previews the production Bronco’s overall shape, while a leak of its headlight points toward a front-end layout inspired heavily by the iconic ’60s Bronco. Factor in the teaser silhouette released by Ford, and it’s safe to say that the new Bronco will blend modern technology with old-school aesthetics.

This has basically been confirmed. While it’ll have a solid axle at the rear, the new Ford Bronco will offer an independent front suspension, just like the Ford Ranger with which it’ll share a platform.

Just about every other off-road vehicle on sale today has an independent front suspension. In fact, the only real outlier in this regard is the Jeep Wrangler, which comes with a solid axle up front. While a solid front axle is theoretically better in low-speed off-road scenarios where terrain is extremely uneven, IFS is better in literally every other scenario, from driving fast off-road (trophy-style off-road racing trucks all use IFS) to just driving along the highway on your way to the campsite or trailhead. While the purists will look at this as a strike against the Bronco, 99.99% of Bronco buyers will be better served by IFS.

This is a given — the new Bronco is designed for going off-road. That said, it’ll likely approach things a little differently than the Jeep Wrangler with which it’s meant to compete. While both vehicles will be capable of both low-speed rock crawling and high-speed desert galloping, the Wrangler excels at the former, while the Bronco will likely be designed more for the latter. Either way, as evidenced by Ford’s entry of the Bronco R prototype race truck into this year’s Baja 1000, the 2021 Ford Bronco should be right at home when the pavement ends.

To truly serve as a competitor to the Jeep Wrangler, the Bronco needs to come with a removable roof. The old full-size Broncos came with a removable roof up until the 1992 model year, and this is a big part of what made them so unique. Ford is clearly shooting for the moon with the reborn Bronco, and a removable roof is an essential piece of the pie. Patent filings and leaks all point toward the new Bronco being a convertible.

Yet another feature of the new Bronco that has virtually been confirmed. Like the Jeep Wrangler, the Bronco will come with removable doors. Unlike the Jeep Wrangler though, the Bronco’s doors will likely pack some clever tricks. The first is how they’re removed. While the Wrangler requires you to unscrew three bolts per door, which requires the use of tools, Ford patent filings allude to a hand-operated release system for the Bronco’s doors that negate the need for tools, meaning that popping the doors off will just take a few seconds each.

Additionally, other patent filings have shown that Ford is working on hideaway tube doors for the Bronco that stow inside of its actual doors. Expect a lot of innovation in this area.

Ford has filed a whole slew of patent applications that seem to be related to the new Bronco. These include the aforementioned quick-release door hinges and hideaway tube doors, a way to store the doors in the cargo area, a canopy top that can slide out and act as an awning, unique tops, a removable roll cage, different grilles, a real-time tire pressure monitoring system, an off-road data recorder dubbed “Adventure Capture” and a “Convoy Communications” system that allows groups of Bronco drivers to communicate with each other while off-road. There’s even talk of an onboard scale system, the application for which has yet to be seen. Throw in the latest versions of Ford’s active safety and infotainment systems, and the new Bronco should be jam-packed with great features.

While two-door SUVs generally aren’t successful — the four-door Jeep Wrangler Unlimited released for the 2007 model year now outsells the two-door model by more than four to one — Ford seems to be planning a two-door version of the Bronco to go alongside the four-door. Throughout its history, the Bronco was offered solely as a two-door and two-door SUVs have developed a cult following among enthusiasts, so we’re glad another one will be coming onto the scene. We just hope it’s more successful that recent history would suggest.

There’s a rumor out there that Ford is planning a pickup version of the new Bronco as well. This would only make sense given that Jeep released a pickup version of the new Wrangler, dubbed the Gladiator, early in 2019, and to much fanfare. What about the Ranger, you might ask? We expect a Bronco-based pickup to be targeted primarily toward enthusiasts who value things like recreational off-road capability and a removable roof and doors, while the Ranger will serve as the company’s more mainstream midsize pickup offering. As a result, the Bronco pickup will probably carry a higher price tag than the Ranger. A supposed timeline for the Bronco pickup points to an on-sale date in 2024, which is admittedly a long way off.

Don’t miss: The top trends in automobile technology to look for in 2020

Right now, all gas-powered iterations of the Jeep Wrangler and Toyota 4Runner make between 270 and 284 horsepower and 260 and 295 lb-ft of torque. This is fine, but it won’t blow anybody away. We’re expecting the Bronco to primarily make use of the same 2.3-liter 4-cylinder found in the Ford Ranger, which puts out 270 hp and 310 lb-ft of torque, in the same realm as the gas Wrangler and 4Runner. There’s a rumor out there, though, that a higher-performance production Bronco could be offered and will pack Ford’s 2.7-liter twin-turbo V6, putting out in the neighborhood of 330 hp and 400 lb-ft of torque. The Bronco’s primary transmission will almost assuredly be a 10-speed automatic, although a 7-speed manual has been rumored to be offered, too. Expect a hybrid option down the line, as well.

Speaking of a higher-performance Bronco, we’re really hoping that this hypothetical vehicle will bear the Raptor name. While a Raptor version of the Ranger pickup has been offered in foreign markets for a little over a year now, a Bronco Raptor would be the first extension of the Raptor brand here in the U.S. since the F-150 Raptor made its debut a decade ago. With high-performance Fox shock absorbers, longer travel suspension, a widened track and tall BF Goodrich All-Terrain tires, a Bronco Raptor would almost certainly be the coolest thing in its segment right out of the gate. We’ll take ours in Ford Performance Blue.