Home
Stocks
Autotrader: The 2020 Honda Clarity: A refined and civilized PHEV
Prev Article Next Article
This post was originally published on this site

There are two versions of the 2020 Honda Clarity, but there’s really only one that’s relevant for most drivers: the Clarity Plug-in Hybrid (PHEV). It’s also one of the most appealing in its rapidly expanding segment of vehicles that blend emissions-free electric driving with range-anxiety-free hybrid driving. Not only does it have more electric range than everything (unless you count the recently discontinued Chevrolet Volt), but it’s generally nicer to drive and has a richer, quieter cabin than others in the segment. Its price tag isn’t even that outrageous and it gets better when you consider hefty rebates.

Now, for the other version: the Clarity Fuel Cell. It’s a well-executed hydrogen-powered car, but it’s only available for lease in California … which is also the only place where you can realistically fill it with hydrogen. This car is really only relevant if you live in California and you’re interested in trying the novel fuel cell technology. 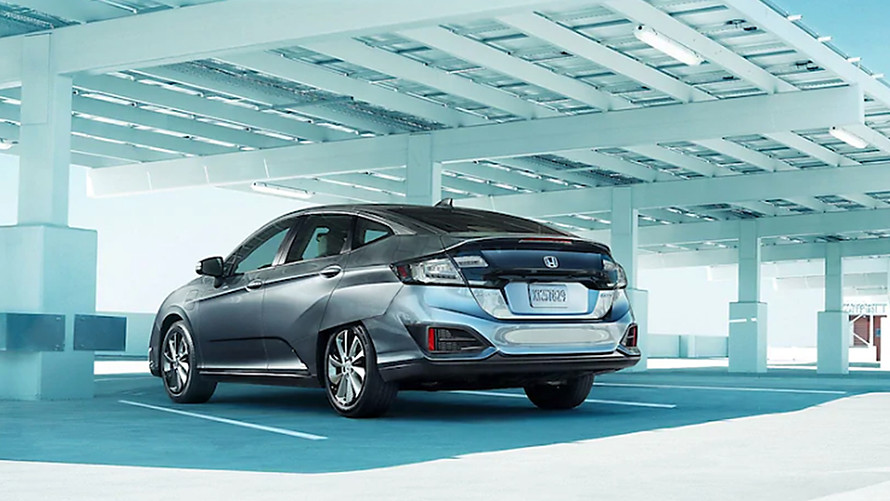 The Clarity Electric has been discontinued for 2020, which won’t be missed since it had a poor range of only 89 miles.

The Plug-in Hybrid operates much like a regular electric car for an ample 47 miles on electricity alone, which is best-in-class all-electric range for a plug-in hybrid. When that’s depleted, it effectively runs like a Honda HMC, +0.81%   Accord Hybrid, with a gasoline engine replenishing the battery while the electric motor continues to power the wheels. Regardless of the fuel economy achieved when operating as a hybrid (42 miles per gallon in combined driving), that ample range gives the Clarity a big-time advantage over plug-in hybrids like the Toyota TM, +1.86%   Prius Prime for those who can plug in regularly. On the other hand, the combined driving range is 340 miles, which is considerably less than other plug-ins because of its tiny 7-gallon gas tank.

Be sure to read: The best times to buy a new car

The hydrogen-powered Clarity Fuel Cell is available for lease only in California, which is the only place with any semblance of a hydrogen infrastructure. It has a fuel cell that chemically combines hydrogen (H2) and oxygen (O) to create energy, the only byproduct being water. The created energy is sent through an electric motor aided by a battery pack that’s replenished by the fuel cell and regenerative braking.

Now, for reasons too complicated to explain here, Clarity owners basically get their hydrogen free, so its MPGe rating of 69 mpg in the city, 67 mpg on the highway and 68 mpg combined is only relevant in regard to how frequently you refill, as opposed to cost. This is basically the same as the hydrogen-powered Toyota Mirai, but as the Clarity has a more powerful motor, you’ll be enjoying better performance with the Honda.

The 2020 Honda Clarity is available in Plug-in Hybrid and Fuel Cell versions. The PHEV is available for purchase or lease in all 50 states while the Fuel Cell model is limited just to California and is lease-only.

The Plug-in Hybrid Touring ($36,600) adds leather upholstery, power front seats (8-way driver, 4-way passenger), a leather-wrapped steering wheel and integrated navigation. The Touring trim also adds remote climate conditioning, which allows you to preset and control the temperature of your car remotely from the HondaLink app on your smartphone.

The Fuel Cell is only available for lease in California and also shares the Touring’s equipment. As of this writing, the advertised lease rate for the Fuel Cell model is $379/month for 36 months with $2,878 due at signing for well-qualified lessees.

The Clarity comes standard with stability and traction control, front-side and full-length side-curtain airbags, a driver knee airbag, a backup camera, lane-keeping assist, a collision-mitigation system (forward-collision warning and automatic emergency braking) and Honda’s LaneWatch blind spot monitoring system. The latter two items belong to Honda’s previous generation of safety systems, however. Newer Hondas like the CR-V and the Accord have a simpler yet more effective blind spot monitoring system in lieu of LaneWatch, while the collision-mitigation system has been enhanced with more natural brake application and fewer false alarms. The Clarity’s systems are akin to those in the cheaper Civic.

See: Which is better, a Corolla or a Civic? We compare the 2020 models

For those interested in the Fuel Cell, but who are concerned with carrying hydrogen around in your car, the Clarity has been designed to withstand impacts to its two resilient carbon fiber tanks. One must remember other cars drive around with extremely flammable gasoline.

A back-to-back drive in the Clarity Plug-in and the Prius Prime (or most other plug-in hybrids) will reveal a car that’s far more civilized. There’s less road and wind noise, the engine is quieter when it kicks in, the ride is more comfortable and the cabin has superior materials and a richer vibe. It also can legitimately seat five people, unlike the Prius Prime and the Chevy Volt, making it a more viable choice for family use.

Cargo space differs in each version. The fact that the Plug-in has a trunk rather than a hatchback like most other plug-ins reduces versatility somewhat, but the tall trunk height and ample width make it quite functional. The rising, stage-like portion closest to the back seat reduces space, but the deep covered well in the aft portion makes up for this somewhat. The Fuel Cell’s hydrogen tank chews up considerable cargo space making it less practical.

In terms of driving experience, both versions of the Clarity feel similar when accelerating, exhibiting the ultrasmooth and torque-rich thrust of an electric motor. The only difference is where that electricity comes from. When the Plug-in’s gasoline engine does come on, it stays mostly in the background unless you really gun the accelerator, and although you do notice an increase in vibration and noise, it’s far from objectionable. The Fuel Cell’s hydrogen fuel cell is largely undetectable, lacking the whirring and whizzing of the Mirai’s.

Also on MarketWatch: 8 affordable new cars that get at least 40 mpg

One area of frustration is infotainment. The Clarity has the Civic’s touch screen, which irritates with slow responses, convoluted menus and a lack of supporting buttons and knobs. The CR-V and Accord have updated and superior infotainment interfaces, and we think the pricey Clarity should, too.

Other cars to consider

2020 Toyota Prius Prime — The Prius Prime has basically half of the Clarity’s all-electric range, but its more efficient gasoline powertrain makes it more efficient if you don’t plan on frequently recharging the battery. It has a greater total range, a better MPGe rating, and a cheaper price, and its hatchback may be more versatile, but it has less passenger space and isn’t as refined.

2020 Hyundai Ioniq — The Ioniq is available in conventional hybrid, plug-in hybrid, and electric versions. Most of the above points about the Prius Prime also apply to the Ioniq plug-in like a lower price, a longer total range, and a better MPGe rating. The Ioniq PHEV has a 29-mile electric range and the Ioniq EV can go up to 170 miles on a full charge.

2020 Toyota Mirai — Considering the Clarity Fuel Cell? Well, this is literally its only competitor. Read more about how the Clarity and Mirai compare.

Used Chevrolet Volt — The Chevy Volt was just discontinued with the second-generation model running from model years 2016-2019. The Volt was a compelling plug-in hybrid with an even better all-electric range than the Clarity PHEV: 53 miles. The Volt was a little pricey when new, but it’s now a great deal on the used market.

The Clarity Fuel Cell has such limited availability that it’s almost a novelty. As for the Clarity PHEV that’s available at any Honda dealer in the U.S., it’s a pretty compelling plug-in hybrid and we love its class-leading electric range of 47 miles. Deciding between its trim levels really comes down to whether you want leather, navigation and that slick remote climate conditioning feature.