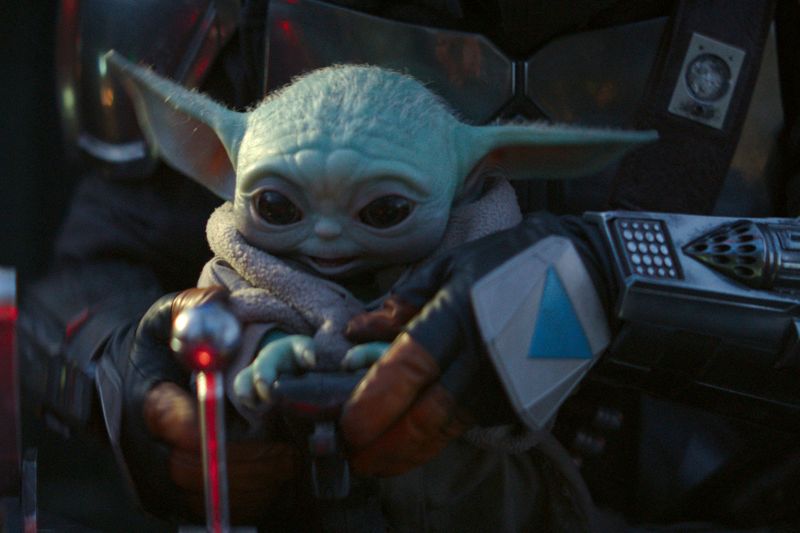 © Reuters. The Child, better known to audiences as “Baby Yoda”, is seen in an undated still image from the Disney+ series “The Mandalorian

By Lisa Richwine and Neha Malara

Shares of Disney were flat following the results after bouncing between positive and negative territory.

The results showed Disney made a strong entrance into the streaming video wars dominated by Netflix Inc (NASDAQ:). The owner of sports powerhouse ESPN is trying to transform its business to capture audiences that are moving online.

Analysts at three brokerages had expected more than 20 million subscribers to Disney+, which is available in five countries including the United States. Disney+ will be available in India on March 29 through streaming service Hotstar.

“(I) believe we’re now well positioned to not only withstand the disruptive forces of technology but thrive in today’s increasingly dynamic media environment,” Disney Chief Executive Bob Iger said on a conference call.

Iger said 50% of Disney+ subscribers signed up directly with the company and 20% came from its partnership with Verizon Communications Inc (NYSE:). He said the service did not experience significant cancellations after the end “The Mandalorian,” a “Star Wars” series that became a cultural phenomenon thanks to a character commonly called Baby Yoda.

During an earnings call, Iger said that “The Mandalorian” will return in October and will go beyond season two, “including the possibility of infusing it with more characters and taking those characters in their own direction in terms of series.”

Earnings for the quarter grew with help from healthy business at Disney’s theme parks and the strong performance of animated movie “Frozen 2.”

Excluding certain items, Disney earned $1.53 per share, above the average analyst estimate of $1.44, according to IBES data from Refinitiv. Revenue rose to $20.9 billion, up 36% from a year earlier.

The parks, experiences and products division posted operating income of $2.3 billion, up 9% from the prior year.

Disney was forced to close both Shanghai Disney Resort and Hong Kong Disneyland in late January during the busy Chinese New Year holiday to help stop the spread of coronavirus.

The closings could shave $135 million off operating income at Shanghai, and $40 million at Hong Kong, if they extend for two months, Chief Financial Officer Christine McCarthy said.

The bulk of Disney’s theme parks revenue comes from its U.S. parks. Iger told CNBC that advance U.S. bookings had not been affected.

The Hong Kong park could see an additional $105 million decline in operating income during the quarter, McCarthy said, as ongoing anti-government protests have depressed tourism.

Disney’s direct-to-consumer and international segment, the division that is spending big to build the streaming business, reported an operating loss of $693 million, below analyst expectations.

Profit more than tripled at the movie studio to $948 million.