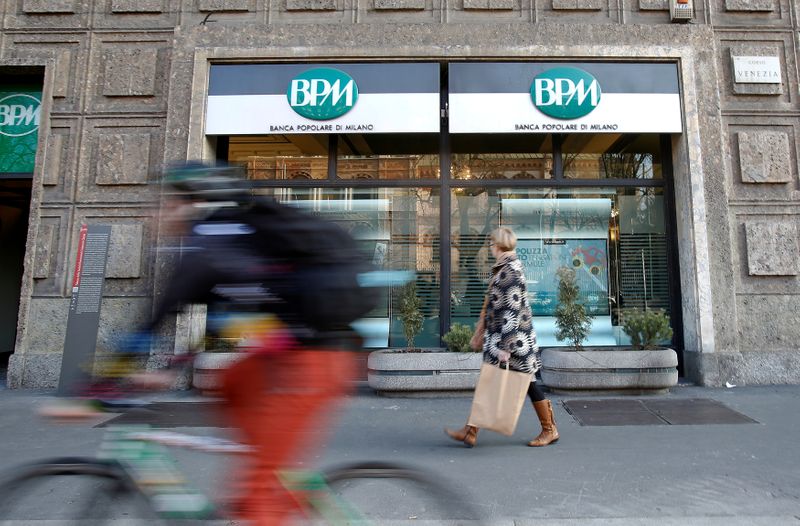 MILAN (Reuters) – Italy’s Banco BPM (MI:) is rushing to set up new “disaster recovery rooms” after an area close to one of its existing crisis facilities emerged as the epicenter of the coronavirus outbreak, three sources familiar with the matter said.

Italy’s third-largest bank, born from the merger of Banca Popolare di Milano with Verona-based Banco Popolare , has its core operations the northern regions of Lombardy and Veneto, the areas hardest hit by one of the world’s worst outbreak of the new coronavirus outside of China.

Authorities have identified as the epicenter of the contagion a cluster of towns located near Lodi, some 60 km (40 miles) southeast of Milan, as well as a smaller zone in neighboring Veneto where a total of 50,000 inhabitants have been placed under quarantine.

Banco BPM had one of its existing five “disaster recovery” rooms, also known as “business contingency” rooms, in its Lodi offices, the sources said, speaking on condition of anonymity because the information is confidential.

Underground rooms equipped with computers where a bank’s IT systems can run are part of lenders’ “business continuity” plans, aimed at ensuring they can continue to operate in a crisis situation.

While the Lodi facility has not been shut down, the bank is rushing to get similar facilities ready also in Novara, a town in Piedmont, and Bergamo, a city north of Milan, the people added.

One of the sources said the various rooms did not differ in terms of their functions and each one of them would allow the bank to manage all basic operations in case of an emergency.

Banco BPM will present a new business plan on Tuesday. Due to the virus outbreak, like other companies in Milan, it will hold only an online investor presentation.

Since the contagion came to light on Feb. 20, Italy has registered more than 2,000 confirmed cases and 52 people have died, most in the Lombardy region around the financial capital Milan.

Authorities have implemented a general clampdown across much of the affluent north, where schools have closed down and companies, including banks, have encouraged staff to work from home.

While banking heavyweights Intesa Sanpaolo (MI:) and UniCredit (MI:) can rely on sophisticated systems to allow staff to work remotely across all functions, for smaller banks having employees operate from home could be more challenging.