Home
Market
BBVA moves some staff out of Madrid in coronavirus contingency plan
Prev Article Next Article
This post was originally published on this sitehttps://i-invdn-com.akamaized.net/trkd-images/LYNXMPEG241FR_L.jpg 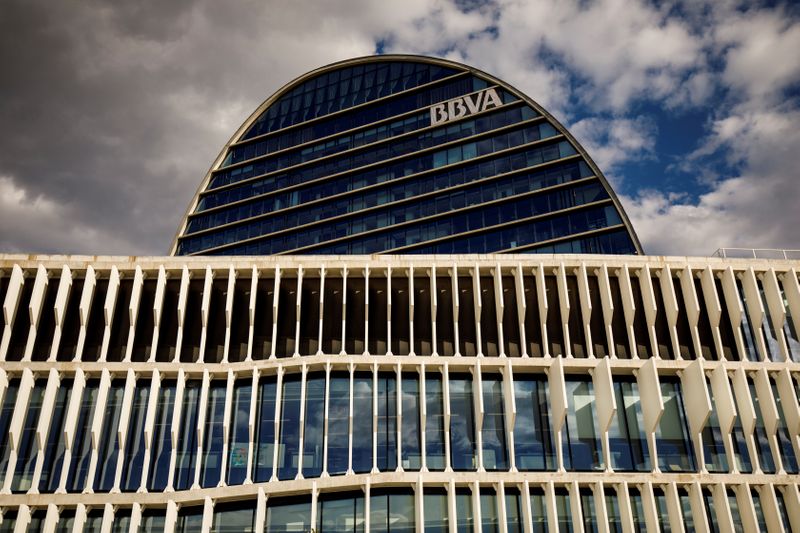 MADRID (Reuters) – Spain’s BBVA (MC:) has moved up to 100 staff from Madrid to a location just outside the city as part of its strategy to cope with the coronavirus outbreak and other Spanish banks, including Bankia , (MC:) plan similar measures, bank officials said.

The European Central Bank has asked banks to review their contingency plans and across Europe, lenders are readying out-of-town offices and isolating teams to ensure they can keep trading if the coronavirus spreads in major financial centers.

BBVA employs 400 people at its trading floor at its Madrid headquarters. Around a quarter were being transferred as of Thursday to Las Rozas, a suburb 20 kms (12 miles) northwest of the city, a spokesman said.

“The measure consists of the relocation of 80-100 people in total to this new room from today,” he said, adding that “all critical functions are replicated on a smaller scale in this other room”.

Bankia also plans to protect operations from potential disruption and is working on moving some staff from its back and front-office departments to Las Rozas, while sending some employees to work from home, a spokeswoman said.

The areas affected would be mainly the trading floor, the IT department and cyber-securtiy, the spokeswoman for the state-owned lender said.

She did not give details of how many people would be affected, saying the plans were still being drawn up.

On Wednesday, BBVA postponed its Investor Day, scheduled to take place in Madrid on March 24, until further notice.

A spokesman said the bank was monitoring each day whether the situation would affect its annual shareholder meeting in Bilbao scheduled for March 13.

“The bank is considering different alternatives for its next shareholder meeting but for the moment it still stands as planned,” the spokesman said.

On Thursday, Swiss tech firm Sherpany said online voting at annual shareholder meetings had jumped since the coronavirus outbreak as investors shunned large gatherings because of travel restrictions or fear of infection.

Shareholder meetings for other Spanish banks, such as Santander (MC:), Bankia, Caixabank (MC:), Sabadell (MC:) and Bankinter (MC:), were for now still expected during March and next month, the banks said.

Other Spanish banks, such as Santander (MC:) and Sabadell (MC:), are following the situation and complying with the guidance from relevant authorities, including recommending employees avoid non-essential travel and meetings with a significant numbers of employees.