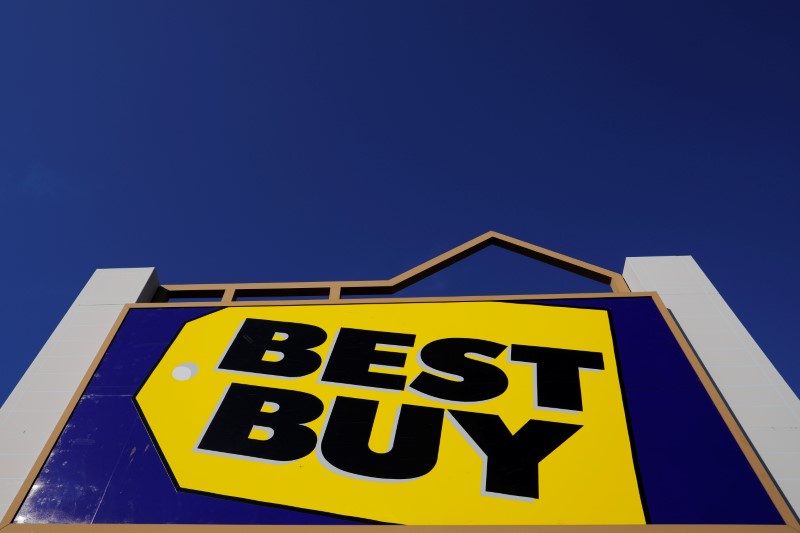 (Reuters) – U.S. consumer electronics retailer Best Buy Co (N:) said on Friday that its board was conducting an independent review on allegations of misconduct against Chief Executive Officer Corie Barry after receiving an anonymous letter.

The company declined to reveal the contents of the letter. In an email statement to Reuters, its spokesperson said, “We encourage the letter’s author to come forward and be part of that confidential process.”

Both Barry and Sanft joined the firm more than two decades ago. While Barry became the finance head in 2016 and CEO in June last year, Sanft, according to his LinkedIn (NYSE:) profile, was senior vice president of U.S. retail operations until March last year.

“The board has my full cooperation and support as it undertakes this review, and I look forward to its resolution in the near term,” Barry said in the company statement.

Sanft, who is currently the operations head of California-based 24 Hour Fitness, did not respond to a Reuters request for comment.

Best Buy’s leadership has faced allegations of misconduct in the past as well. Its former CEO Brian Dunn resigned https://reut.rs/370CFWe in 2012 during an investigation into allegations of personal misconduct.

The company ousted https://reut.rs/2uXT9jL its then Chairman Richard Schulze after it was found that he failed to tell the board that Dunn had an improper relationship with a female employee.

Best Buy said on Friday the audit committee of the board has retained outside counsel, Sidley Austin LLP, to conduct the review against Barry.