Home
Stocks
Best New Ideas in Health Care: The top 5 technologies that will change health care over the next decade
Prev Article Next Article
This post was originally published on this site 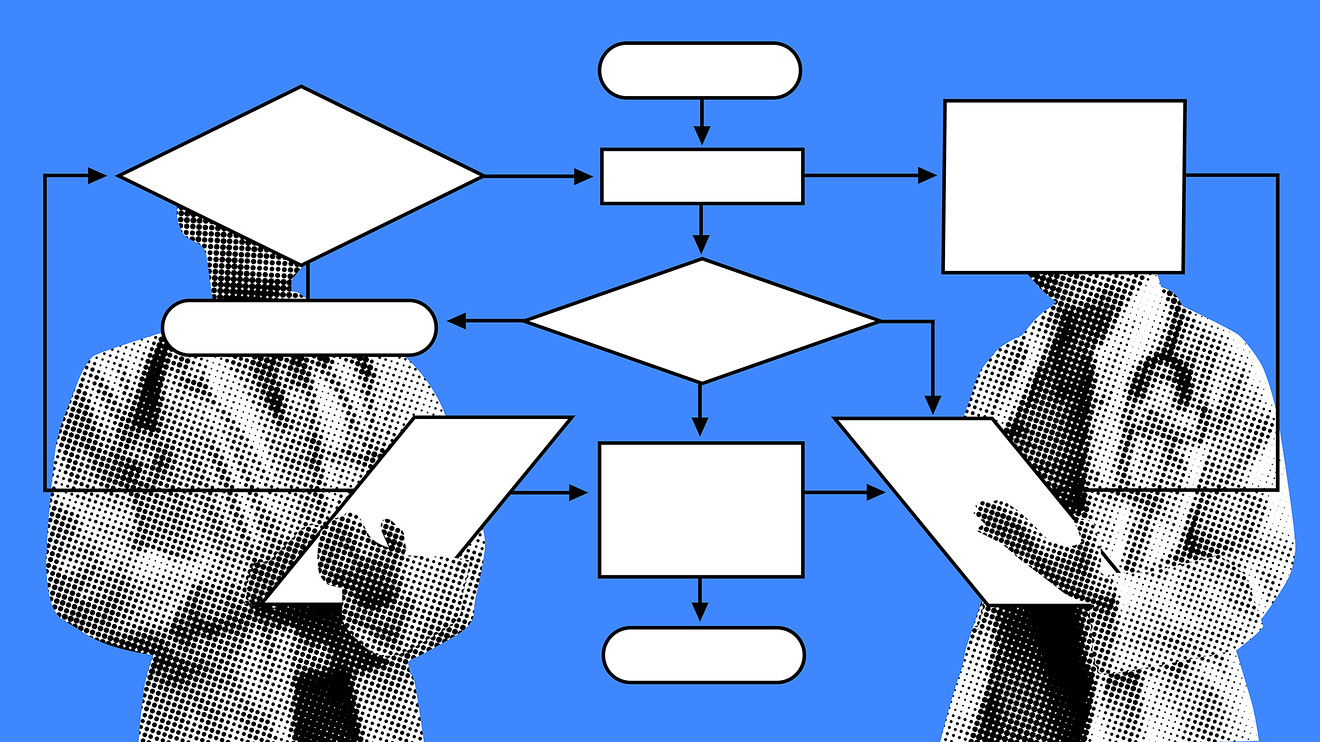 The past decade was about the rise of digital health technology and patient empowerment. The next decade will be about artificial intelligence, the use of health sensors and the so-called Internet of Healthy Things and how it could improve millions of lives.

The cultural transformation of health care we call digital health has been changing the hierarchy in care into an equal-level partnership between patients and physicians as 21st century technologies have started breaking down the ivory tower of medicine. But these milestones are nothing compared with what is about to become reality.

With advancements in exoskeleton technology, AI’s ever-increasing importance in health care, and technologies like 5G and quantum computing soon going mainstream, there’s much to be excited about.

Here are the five biggest themes for health and medicine for the next 10 years.

Developments in artificial intelligence will dominate the next decade. Machine learning is a method for creating artificial narrow intelligence — narrow refers to doing one task extremely well — and a field of computer science that enables computers to learn without being explicitly programmed, building on top of computational statistics and data mining. The field has different types: it could be supervised, unsupervised, semi-supervised or reinforcement learning, among others. It has an unprecedented potential to transform health-care processes and medical tasks in the future — and it has already started its invisible revolution.

If we consider how AlphaGo, the AI developed by Google’s DeepMind lab, beat world champion Lee Sedol at the classic Chinese game Go by coming up with inventive moves that took experts by surprise, we can get a glimpse at what AI can hold for health care. Such moves were made possible by the combination of neural networks and reinforcement learning that this AI uses. This enabled the software to operate without the restrictions of human cognitive limitations, devise its own strategy and output decisions that baffled experts.

We can expect to see the same surprises in medical settings. Imagine new drugs designed by such algorithms; high-level analysis of tens of millions of studies for a diagnosis; or drug combinations nobody has thought of before. When applied to medicine, an algorithm trained via reinforcement learning could discover treatments and cures for conditions when human medical professionals could not. Cracking the reasoning behind such unconventional and novel approaches will herald the true era of art in medicine.

In global health, for example, an algorithm can provide a reliable map of future measles outbreak hot spots. It uses statistics on measles vaccination rates and disease outbreaks from the Centers for Disease Control and Prevention, as well as non-traditional health data, including social media and a huge range of medical records. That’s just one example, but the field is already buzzing with smart algorithms that can facilitate the search for new drug targets; improve the speed of clinical trials or spot tumors on CT scans.

A myriad of health sensors

Medical technology went through an amazing development in the 2010s, and there’s now no single square centimeter of the human body without quantifiable data. For example, AliveCor’s Kardia and Apple Watch measure ECG and detect atrial fibrillation with high sensitivity. The EKO Core digital stethoscope records heart and lung sounds as a digital stethoscope, while blood pressure is monitored with the Omron Blood Pressure Smartwatch, the MOCAcare pocket sensor, and blood pressure cuff, the iHealth Clear, the Skeeper, a pocket cardiologist, or the Withings Blood Pressure Monitor, and of course, dozens of traditional blood pressure cuffs.

There are dozens of health trackers for respiration, sleep and, of course, movement. And while researchers can’t decipher your dreams yet — they are working on it, alongside figuring out all kinds of brain activity. For example, through EEG. That’s a method that records electrical activity in the brain using electrodes attached externally to the scalp. The NeuroSky biosensor and the Muse headband use it to understand the mind better and in the latter case allow for more effective meditation. As you see, there’s not much left unmeasured in your body — and it will even intensify in the future. For example, we expect digital tattoos to become commercially available within five years, which will not only measure the majority of the above-mentioned vital signs, but they will do so continuously. These tiny sensors will notify us when something is about to go wrong and we will need medical advice or intervention.

Moreover, with developments in 3-D printing as well as circuit-printing technologies, flexible electronics and materials, applying so-called digital tattoos or electronic tattoos on the skin for some days or even weeks became possible.

Made of flexible, waterproof materials impervious to stretching and twisting coupled with tiny electrodes, digital tattoos are able to record and transmit information about the wearer to smartphones or other connected devices. While these are only in use in research projects, they could allow health-care experts to monitor and diagnose critical health conditions such as heart arrhythmia, heart activities of premature babies, sleep disorders and brain activities noninvasively. Moreover, by tracking vital signs 24 hours a day, without the need for a charger, it is especially suited for following patients with high risk of stroke, for example. Although we are not there yet, there are certain promising solutions on the market such as MC10‘s BioStampRC Sensor.

In 2019, Google claimed “quantum supremacy” and made the cover of Nature magazine. One example of how this technology will have a major impact on the health-care sector is quantum computing taking medical decision-making to a whole new level and even augmenting it with special skills. What if such computers could offer perfect decision support for doctors? They could skim through all the studies at once, they could find correlations and causations that the human eye would never find, and they might stumble upon diagnoses or treatment options that doctors could have never figured out by themselves.

At the very endpoint of this development, quantum computers could create an elevated version of PubMed, where information would reside in the system but not in the traditional written form — it would reside in qubits of data as no one except the computer would ‘read’ the studies anymore.

In addition, the applications of quantum computing to health care are manifold, ranging from much faster drug design to quicker and cheaper DNA sequencing and analysis to reinforced security over personal medical data. While the technology does hold such promises, we still have to be patient before practical solutions can be implemented in medicine. However, with continued progress in this area, even though quantum computing has been something from a science fiction novel, this decade will see the first such computer used in the clinical practice too.

Chatbots as the first line of care

Symptom checkers that function on the same principle as chatbots are already available, free of charge. However, these rely on the user inputting symptoms and complaints manually. We yearn for one that can make predictions and suggestions based on a user’s data, like sleep tracking, heart rate and activity collected via wearables. With such features, those bots can help users make healthier choices without having to drag themselves to their doctor.

There was a “Black Mirror” episode titled “Rachel, Jack, and Ashley Too” that featured an incredibly smart and emotional chatbot that had human-like conversations with the character. Think about having a similar personalized chatbot that’s accessible via your smart device and with additional health and lifestyle features. This chatty virtual being can wake you up at the appropriate time based on your sleep pattern and advise you to take your antihistamines as the pollen concentration is particularly high during your commute that day, before you even get out of bed. It can even recommend what you should consume for each meal based on your nutrigenomic profile. It could find the best words for you to motivate you to go to the gym. It could find the best jokes that help you get into a good mood. But would you rather bend to the rules of an AI, essentially forgoing your freedom of choice, than experience life based more on your own will?

5G networks will enable data to be downloaded at more than 1 gigabit per second (1gb/s), allowing for downloads 10 to 100 times faster than the currently available 4G services. 4G networks can only serve around a thousand devices within a square kilometer, while 5G can serve a million. It will make the era of the Internet of Things possible by connecting a huge amount of health trackers with laptops, smartphones and many more digital devices. There will be no connection issues or latency, as the trackers will be able to work in harmony while getting the most out of our data.

Such a boost will allow for more reliable communication, which is a must in areas like telesurgery, remote consultation and remote monitoring. With bigger bandwidth and faster connection, there might be a boost in wearables as health IoT networks become more stable and reliable, and further help with patient engagement in relation to their health.

Major applications of 5G are expected to be apparent starting in 2021.

Dr. Bertalan Mesko, Ph.D., is The Medical Futurist and director of The Medical Futurist Institute, analyzing how science fiction technologies can become reality in medicine and healthcare. As a geek physician with a Ph.D. in genomics, he is a keynote speaker and an Amazon Top-100 author.