Home
Stocks
: Biden says he doesn’t have the votes to increase corporate taxes
Prev Article Next Article
This post was originally published on this site 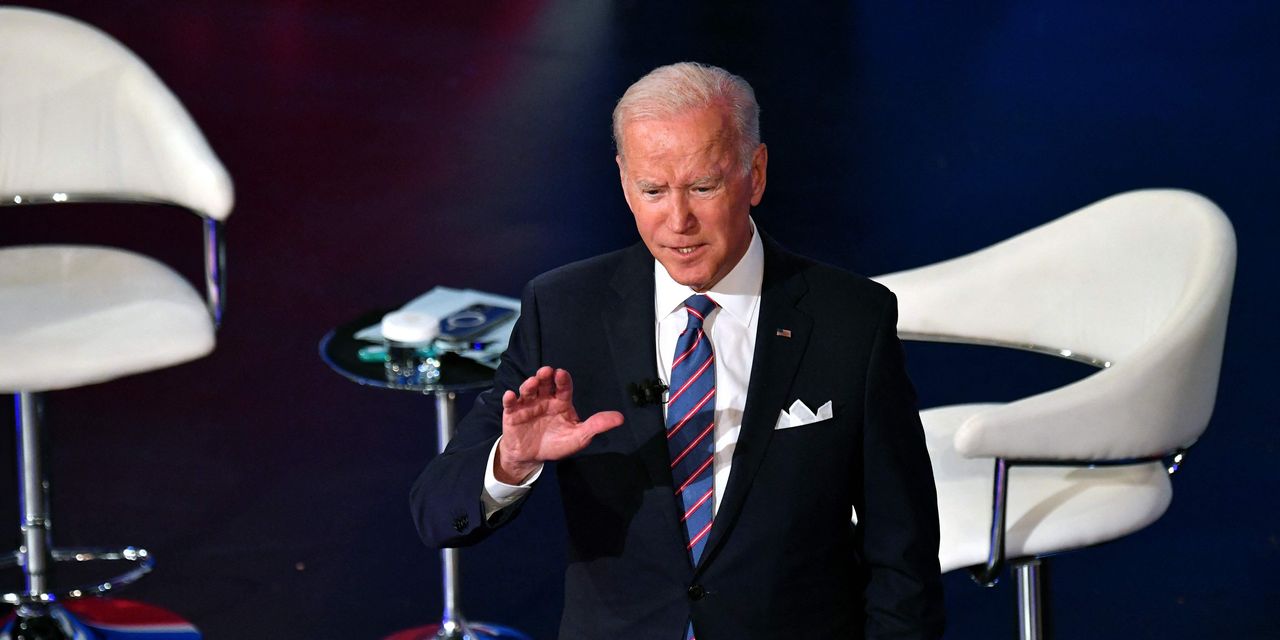 President Joe Biden appears to have conceded that he doesn’t have the votes to increase corporate taxes.

At a townhall last night, Biden was asked by moderator Anderson Cooper whether he would go along with Arizona Democratic Sen. Kyrsten Sinema in her desire not to have a tax hike for corporations or for high-earning individuals as part of a broader spending package.

Biden at first mentioned his minimum international tax proposal before getting pressed by Cooper on actual tax hikes.

“I don’t think we’re going to be able to get the — look, when you’re in the United States Senate and you’re president of the United States and you have 50 Democrats, every one is a president,” he said, according to a transcript provided by the network. “Every single one. So you’ve got to work things out.”

Analysts at Goldman Sachs estimate a corporate tax rate of 25% and a foreign tax rate of about 16% would reduce S&P 500
SPX,

earnings per share by 5% next year. A 15% global minimum tax rate, even if other Group of Seven countries were to join the U.S., would represent downside of just 1%-2%, they estimated.

The corporate tax rate is 21%, after the tax cuts enacted during the Trump administration.