Home
Market
Billionaires Square Off Over Newcastle United
Prev Article Next Article
This post was originally published on this sitehttps://i-invdn-com.akamaized.net/content/pic92ad5a991220cbbfd0a5ec2e5f2bfff8.jpg 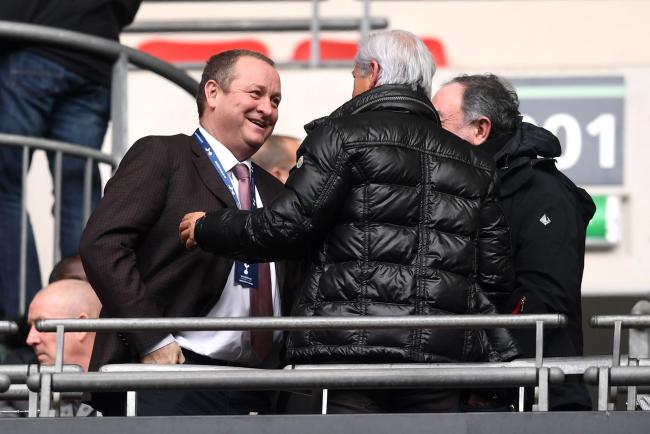 (Bloomberg) — Want the lowdown on European markets? In your inbox before the open, every day. Sign up here.

England’s Premier League has been buzzing with news that Saudi Arabia’s sovereign wealth fund is leading an investor group that wants to buy Newcastle United for about 340 million pounds ($445 million).

A potential takeover could be a boon for the northern soccer team with legions of passionate fans but a lackluster recent record, but it would also have repercussions well beyond sport. Saudi Arabia’s Public Investment Fund is led by Crown Prince Mohammed bin Salman.

The potential deal is bringing together a disparate group of billionaires, and at the center a well-connected dealmaker.

The 46-year-old investment adviser has carved out a niche as a bridge between the royal families of the Middle East and the U.K. Staveley advised Sheikh Mansour bin Zayed Al Nahyan, a member of the royal family of Abu Dhabi, on a potential capital investment in Barclays (LON:) Plc during the 2008 financial crisis. She wound up suing the bank, alleging it cheated her firm, PCP Capital Partners, out of hundreds of millions of pounds in compensation. The suit is expected to be heard this year.

She also advised Mansour on his 2008 purchase of Manchester City, a team that had long been eclipsed by its crosstown rival, Manchester United. The deal paved the way for a remarkable run as Manchester City won four Premier League championships. Last year, the club sold a 10% stake for $500 million.

She had less success in 2018 when trying to organize a separate bid for Newcastle. Now Staveley, who operates from a stone mansion across from London’s Hyde Park as well as Dubai, is back in the fray. Her firm is poised to buy a stake alongside the Saudis and another super-rich family.

For Staveley, who grew up in North Yorkshire just south of Newcastle, a deal would be a riposte to critics who doubted the seriousness of her prior bid.

British billionaires Simon and David Reuben also are part of the buyers group, according to a person familiar with the negotiations, who asked not to be identified as the information is private.

The Reubens have an eclectic past. They were born in India into a prominent Iranian Jewish family, but then moved to London as teenagers. They made their money in Russia’s aluminum industry in the 1990s, and are now investing in data centers and real estate, including a development in Newcastle with high-end shopping, a boutique hotel, and a restaurant in a converted police and fire station. They have a combined fortune of $12.6 billion, according to the Bloomberg Billionaires Index.

David’s son Jamie, 32, is leading the family’s involvement in the Newcastle negotiations, the person said. Jamie is a director with Queens Park Rangers, a London club that plays one level below the Premier League. He’s largely kept a low profile, though he sits on the boards of private members club 5 Hertford Street and horse racing group Arena Racing.

Newcastle’s current owner built his fortune from a single sporting goods shop in a town west of London. He bought the club in 2007, the same year he took retailer Sports Direct (LON:) public. He’s worth $3.8 billion, according to Bloomberg’s index.

Ashley has courted controversy along the way, becoming known for holding business meetings in pubs complete with drinking contests while Sports Direct employees have complained of poor working conditions. His relationship with Newcastle fans is increasingly fractious as the club remains mired in mediocrity. Ashley has been ambivalent about selling the team, further frustrating its supporters.

The crown prince, who is widely known by his initials MBS, was hailed as a reformer after coming to power in 2017. He detained 200 of the wealthiest figures in the country as part of an anti-corruption push and permitted women to drive in the kingdom.

That ended when Jamal Kashoggi, a dissident columnist for the Washington Post, was murdered in the Saudi consulate in Istanbul in October 2018. While Prince Mohammed denied involvement, U.S. intelligence officials concluded that he ordered the assassination, sparking a global outcry against him and his regime.

Then last week, two investigators said bin Salman may have helped hack the mobile phone of Jeff Bezos, the chief executive officer of Amazon.com Inc (NASDAQ:). and the owner of the Washington Post. The data gleaned from his phone may have formed the basis for tabloid reports that Bezos was having an extramarital affair, which led to his divorce from MacKenzie Bezos last year.

Prince Mohammed is looking to sport as a way to burnish his reputation. Government officials have held talks with the National Basketball Association and the Formula One race series about holding events in the kingdom, according to the New York Times.

Amnesty International has called the Saudi sports push “sportswashing,” but the Public Investment Fund’s purchase of Newcastle might be be an appealing way to change the narrative, at least in the U.K.