Home
Market
BlackRock upgrades European stocks to 'overweight' on economic restart
Prev Article Next Article
This post was originally published on this sitehttps://i-invdn-com.akamaized.net/trkd-images/LYNXMPEG5S17I_L.jpg 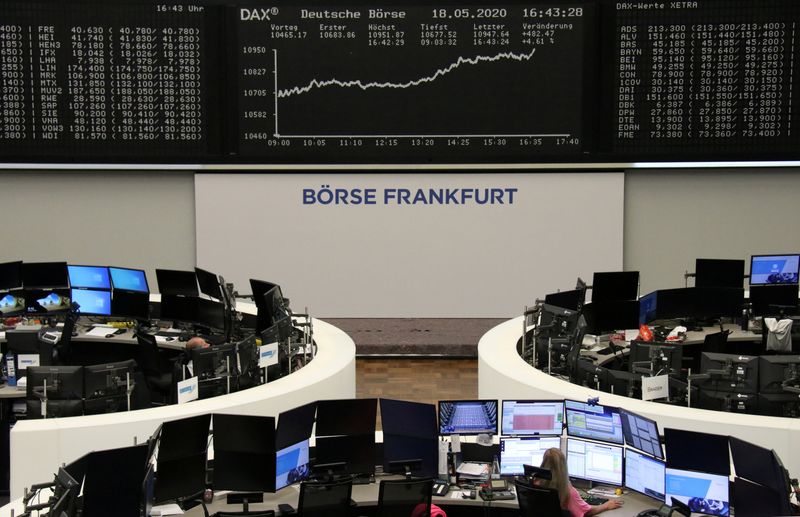 “The region is exposed to a cyclical upside as the economy restarts, against a backdrop of solid public health measures and a galvanizing policy response,” BlackRock said in its mid-year outlook.

In emerging markets, the world’s largest asset manager downgraded both hard currency debt and equities to “underweight”, citing limited policy space to counter the economic fallout from the coronavirus pandemic.