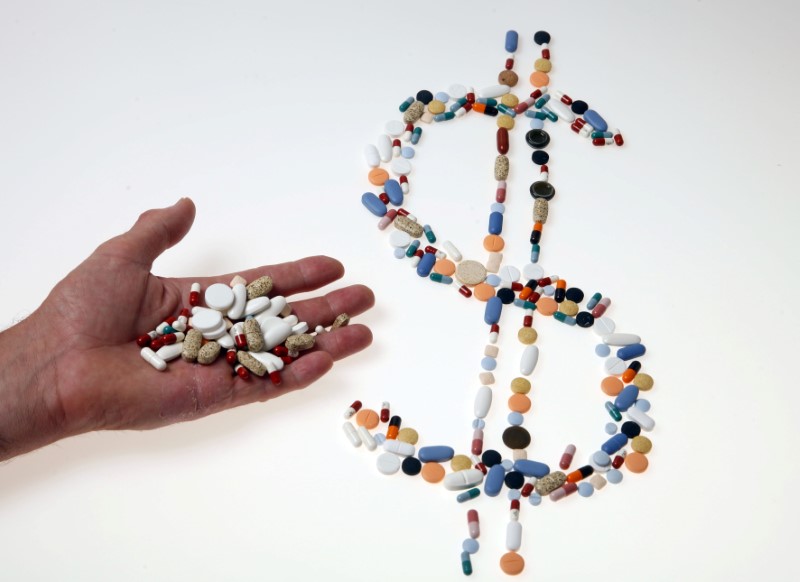 NEW YORK (Reuters) – A group of Blue Cross Blue Shield insurers is investing $55 million in a new venture with a non-profit generic drug manufacturer to try to offer cheaper prices on pharmacy drugs to their members, the companies said on Thursday.

The new subsidiary will focus on drugs that members can purchase via mail order or in retail pharmacies. It aims to launch new rivals starting in 2022 for about 7 to 10 expensive generic drugs where there is currently only one manufacturer, Civica Chairman Dan Liljenquist said. An advisory board will select the drugs.

Civica will be able to sell the drugs at a lower price than a current manufacturer by leveraging the volume of prescriptions among its Blues plans members to guarantee discounts, Liljenquist said. The company may also make drugs itself.

Members will benefit from those lower prices based on their plan design, BCBSA strategy head Maureen Sullivan said. The lower cost the Blues plan pays could mean lower out-of-pocket spending, savings on the overall premium or potentially a lower co-pay or a co-pay waiver for patients, she said.

About 78 percent of the U.S.’s $335 billion in annual drug spending is on copycat versions of branded drugs whose patents have run out, according to the generic industry trade group, the Association for Accesible Medicines.

Large generic drug manufacturers say price competition has driven down the profits of many generic drugs, leading to industry consolidation. That has increased the number of drugs with only one manufacturer, which can result in price spikes on lifesaving medicines.

The U.S. Food & Drug Administration has enacted new policies to try to ease the process for approving new rival generic drugs when there are only one or two existing drugs on the marketplace.

A Civica spokeswoman said that as of the beginning of this year, the company’s existing venture was either supplying or producing a total of 18 hospital-based medicines including commonly used medicines like bacitracin, lidocaine and morphine. It uses several generic manufacturers to produce the drugs.