Home
Market
Boeing secures financing commitments for over $12 billion: source
Prev Article Next Article
This post was originally published on this sitehttps://i-invdn-com.akamaized.net/trkd-images/LYNXMPEG0Q244_L.jpg 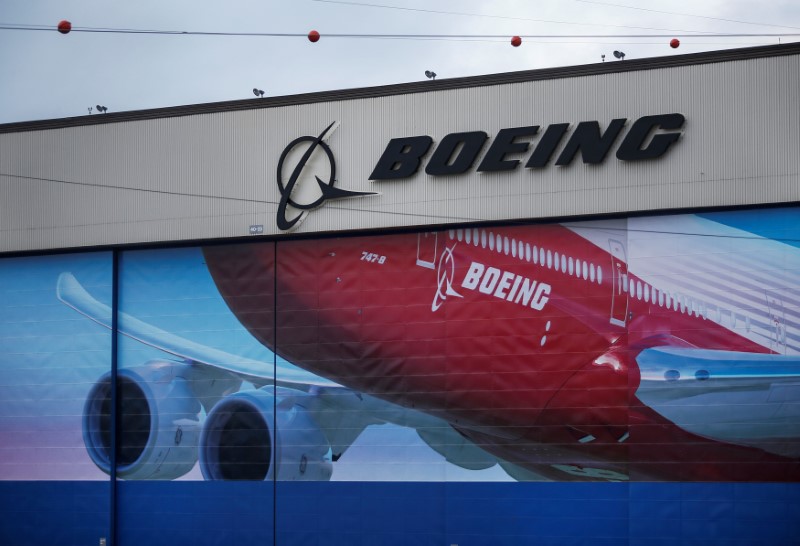 © Reuters. A Boeing logo is seen at the company’s facility in Everett

(Reuters) – Boeing Co (N:) has secured financing commitments for more than $12 billion from over a dozen banks, a source familiar with the matter said on Monday, as financial pressures mount due to a production halt on its 737 MAX aircraft.

The financing deal was not closed and not yet finalized, the source added.

Earlier in the day, CNBC reported that the company had secured the loan.

Reuters last week reported https://reut.rs/37vYQnn that Boeing was in talks to obtain up to $12 billion in loans and that Citigroup (NYSE:) was leading the transaction along with JP Morgan, Wells Fargo (NYSE:) and Bank of America (NYSE:).

Analysts estimate that Boeing has been losing around $1 billion a month because of the grounding after two crashes involving the 737 MAX jetliner. The company reported an almost $3 billion negative free cash flow for the third quarter.

Boeing is expected to report its fourth-quarter results on Jan. 29.