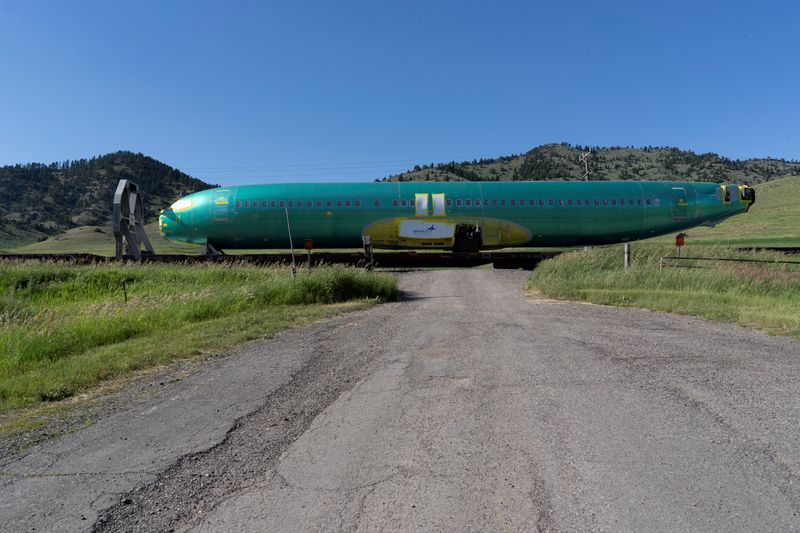 LYNNWOOD, Wash. (Reuters) – Boeing (NYSE:) Co suppliers are shedding jobs and capacity to cope with a halt in 737 MAX output, but while that staves off chaos, aerospace executives worry the industry might be unable to ramp factories quickly enough when the plane wins approval to fly again.

Boeing, struggling to restore public confidence and recover from the biggest crisis since its founding in 1916, has halted production of the once fast-selling 737 MAX, which was grounded in March following two deadly crashes.

As a result, industrial heavyweights like fuselage maker Spirit Aerosystems have already laid off workers.

Now a cluster of other crucial companies small and big that forge metal, assemble and paint 737 MAX winglets, and build data systems have followed suit with no indication that Boeing will offer a lifeline, people familiar with the matter said.

Losing payments and workers in a tight labor market heaps pressure on Boeing’s U.S.-dominated 737 MAX supply chain, which involves hundreds of suppliers of more than half of the roughly 400,000 parts for each 737 built in the Seattle-area.

“One of the main questions is how much capacity will be lost in the supply chain by the time production resumes at significant rates,” said an industry executive with knowledge of Boeing’s industrial network.

Such concerns dominated the Pacific Northwest Aerospace Alliance conference north of Seattle this week, where some executives vented frustration over what they called Boeing’s lack of financial support.

One executive from a supplier that derives a quarter of its business from the MAX said Boeing has treated his company like “a commodity” in a “transactional” relationship. He predicted Boeing would let some suppliers fail.

The executives spoke to Reuters on condition of anonymity.

Relations had already been strained following a longstanding tug of war over profits. Boeing is pushing suppliers to cut prices or give up part of the lucrative after-sales market for parts and repairs, the focus of its own competing services unit.

“We are working closely with (suppliers) to manage risk, address hardships, and ensure their ability to support a resumption of production,” Boeing spokesman Bernard Choi said.

Much depends on how quickly Boeing resumes output. Haunted by the experience of McDonnell Douglas, which it absorbed in 1997, Boeing would not want to wait too long before biting European rival Airbus SE’s heels and regaining a roughly equal share of deliveries.

But it must avoid swamping airlines and overstretching suppliers by raising output too far, too soon.

Mooted scenarios include a gradual return to the pre-grounding rate of 52 single-aisles monthly in 2022, with plans to boost production higher in 2023 – a four-year delay.

Worries extend beyond the 737 MAX.

A cash drain from the 787 production rate drop forced Marlborough, Massachusetts-based Web Industries to consider delaying by at least a year a new 75,000-square-foot carbon-fiber processing plant to serve the 777X, one industry source said.

Damage to Boeing’s supply chain gives Airbus little to celebrate. Not only does it share some suppliers with Boeing, it would also feel the ripple effect of any significant industry damage, especially if exacerbated by the impact of the coronavirus outbreak, experts say.

Joe Marcheschi, Airbus’ head of procurement for North America, said the biggest worries were less diversified companies lower down the supply chain, such as castings and forgings.

“That’s where it’s going to hurt,” Marcheschi said. “It just takes one. They are building one critical product and unfortunately they are the single point of failure in the whole supply chain.”