Home
Stocks
BookWatch: Don’t discount the support for Bernie Sanders in Trump country
Prev Article Next Article
This post was originally published on this site 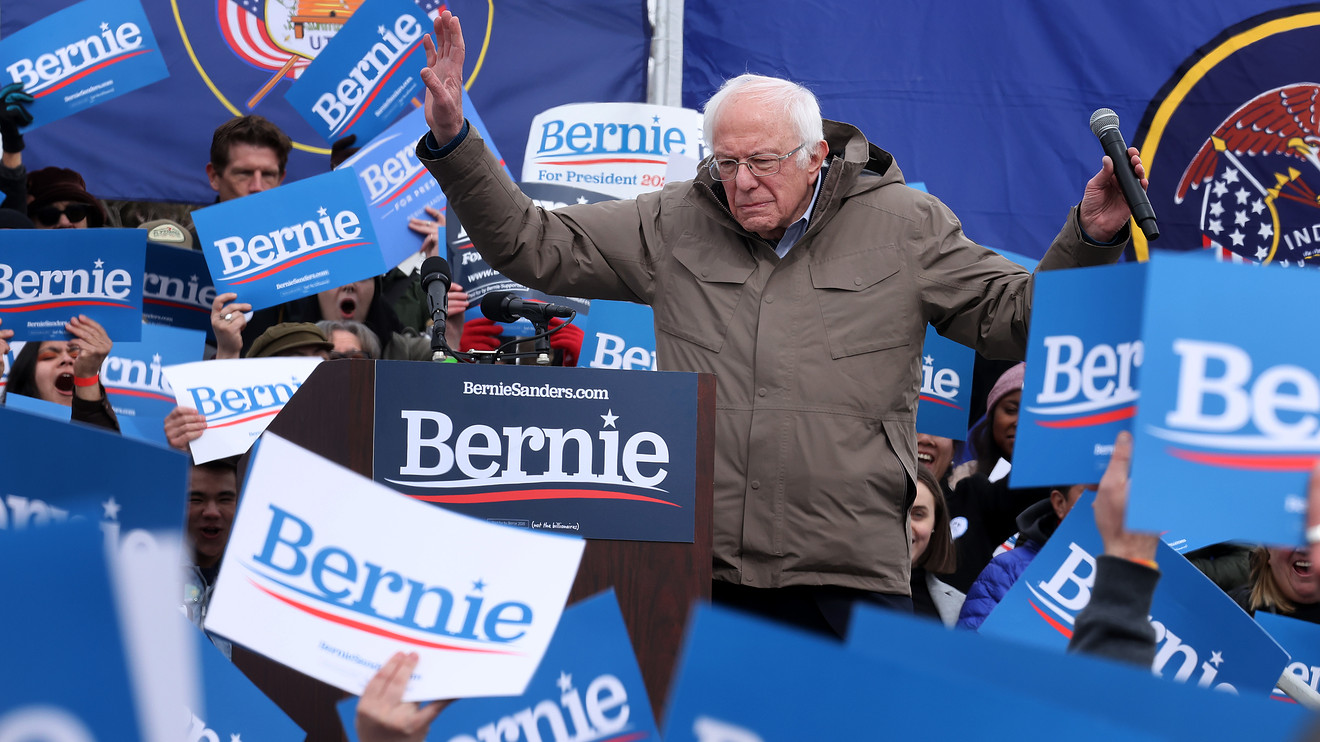 When I arrived in rural Pennsylvania in the years leading up to the 2016 election, the “Trump Digs Coal” signs, souped-up pickup trucks and Confederate flags led me to believe the same thing. But as I immersed myself in the lives of America’s struggling working class — as they confronted poverty, unemployment, addiction, family troubles, violence, and debt — I did not only meet pro-business, anti-welfare whites who were coping with economic anxiety by turning spiteful toward minorities and refugees. I also met a working class that was thoughtful, diverse, critical, and cynical. I met a working class who, as one forklift driver put it, liked “Trump’s demeanor” but still thought that Bernie Sanders’ “head and heart is in the right place.”

The stereotypes of rural working-class Americans might make it hard to believe, but there was a lot of quiet, untapped support for Bernie Sanders in my field research in 2016. Though the political landscape has changed, lessons from 2016 suggest that a moderate Democrat might not be the safest way to proceed.

The summer before the 2016 election, Steven, a retired janitor in his 50s, proudly called himself a “redneck,” joked about his pile of assault weapons in the barn and grumbled about “too many people on welfare, not enough people working.” Steven was disgusted by “career politicians” and the “big stake driven down the middle of America right now.” “No matter who wins, it’s going to stink,” he proclaimed.

Fed up with politicians, Steven told me that Donald Trump was “the best candidate I’ve seen in a Republican party ever.”

But if the choice in 2016 had been between Trump and Sanders, Steven muses, “That’s a hard call. I don’t think I would decide, I’d let somebody else decide that.” Bernie, he described, is “just a down to earth guy. He’s one of us. He’s thinking about the people that work for a living. He just has the right…he’s on the right track. I think Donald is too but Donald is very…” He trailed off. “The actual popular vote, I think Bernie would have had it,” he concluded.

Mikayla, a black woman who moved to rural Pennsylvania from the “projects” in New York, has worked as a telemarketer, a home health aide, and an insurance representative. She was raising two kids on her own. In 2016, she called Bernie Sanders “my guy,” with a “good heart,” who “wanted what was best for us.” A registered Democrat who grew up on food stamps, Mikayla called Hillary Clinton “deceitful” and was “happy he [Trump] got it rather than her.” She said defensively, “I think a woman would do excellent as a president, I mean we bear children, we financially take care of them, we’re more mature. But she just wasn’t the one…”

Reflecting on Trump’s victory, she mused, “The pros with him, he’s a business man. He’s a smart man. The cons, I just don’t feel that somebody who can speak so crudely and be so rude and so arrogant should be the person we are modeling for our kids.”

Read: Here are the dates for this year’s presidential primaries and caucuses

And then there were the people who had never voted or even registered to vote. Mary Ann, 51, worked in factories all her life, “banging my head against the wall” making $10 an hour. She and her daughter Vivian, 32, “pay 167 a month mortgage. We don’t have cable. We don’t have internet. We pay one bill this month, and a bill the next. Whatever that month is saying they’re going to shut off if you don’t pay it, we pay that one first.”

A recovering heroin addict, Vivian said bleakly, “There’s no money, and not only is there no money, now you have people with drug and alcohol problems that are quite severe, and everybody’s just worried about themselves, and nobody’s looking out for the neighbor.”

Vivian believed that the government should provide “more job opportunity or something, training, skills, school, something all for people, and they don’t have it.”

They certainly don’t see coal-mining as the solution to their problems. “I don’t know if it’s the coal or if it’s something that they dug up that stirred stuff, but it is weird, because everybody is getting cancer,” observes Mary Ann. Weary of death, Mary Ann was afraid that “Trump will send us right to war.” In 2016, Vivian feared that Trump was “just going to set this whole country on fire.” She added wistfully, “If we as the people could all come together and be a whole, we would be an amazing team, because we’re all a majority uneducated, unskilled.”

But neither of them voted in 2016. “I know you shouldn’t look at it like this, but my little vote doesn’t matter,” states Mary Ann.

She puts her energy into helping Vivian stay positive and off heroin: “Life’s like a roller-coaster ride. Sometimes you’re here, sometimes you’re down there,” she tells her. But Vivian is unmoved. “Yeah?” she laughs dryly. “Well, our tram’s at the bottom. Our tram is stuck at the bottom.”

And Kyle Kline, a white man in his 20s, grew up with a “pillhead” stepdad and his mom “living off HUD cuz she didn’t have anyone else. And so she, she did everything for us. She, she gave us the last sandwich out of her mouth.”

Kyle, who was working in a factory in 2016, told me unapologetically, “Hillary Clinton’s a joke. Trump’s just a racist ass. There’s really nothing that you can f—in’ believe in anymore.” Raving about FEMA camp conspiracies and rigged elections, he said, “The only one I would really go for would be Bernie Sanders, if anyone. Cuz he’s the one that actually did a lot for us already. He’s the only one in that group of people that helped us in any way right now.”

But Kyle has never registered to vote: “I was going to vote for Obama actually, but then I forgot.”

But what united the people I interviewed was a yearning for a leader who would fight for people like them.

Jennifer M. Silva is an assistant professor at the Paul H. O’Neill School of Public and Environmental Affairs at Indiana University Bloomington and the author of “We’re Still Here: Pain and politics in the heart of America.”