Home
Stocks
BookWatch: Why investors should be glad Tim Cook and not Steve Jobs is running Apple right now
Prev Article Next Article
This post was originally published on this site

At 89 years old, Warren Buffett finally traded in his flip phone for an Apple iPhone. And while it’s great that staffers in Berkshire Hathaway’s offices will no longer think they’re trapped in an episode of “Breaking Bad” when they encounter the Oracle of Omaha, this announcement matters for a more important reason.

That matters, because as you’re no doubt aware, Jobs has taken on deity-like status in the worlds of business and finance. People peddle books and seminars on how you can “think like Steve.” But I was there when Steve became Steve. I saw it all. My 22-year tenure at Apple, mostly in the Higher Education sales division, overlapped all the different iterations of the company.

I saw Apple Computer, the listless beige box maker that was nearly gobbled up by Microsoft. I saw Apple, Inc., the reincarnation that came after Steve returned from exile, cut our product line from dozens down to four, and put the music back in the company. And I was there for Apple, the iconic luxury brand colossus that bestrides the world.

So I’m qualified to say this: Investors should be very, very happy that Tim Cook, not Steve Jobs, is CEO of Apple right now.

I know, I know. But I’m comfortable with my heresy. Because while Steve was unquestionably the right man at the helm when Apple needed to innovate its way out of the doldrums, he would be the wrong man to steer the company today. Steve was the CEO for an age of revolution; Tim’s the guy for a time of evolution.

The first time I encountered Tim Cook after he came to Apple from IBM, he told a group of us salespeople, “You guys aren’t pulling your weight.” That rocked us back on our heels, because Steve never talked like that. Steve was Buddhism and alternative medicine and magic and seduction, and while he could be a brutally demanding taskmaster, under him Apple was like a jam band. Steve cared about joy and wonder and beauty. Tim cared about getting the trains running on time.

Tim introduced the idea that as Apple grew, we needed sales metrics. We needed a customer relationship management (CRM) system, which we’d never had. So we built our own from scratch. Ever been to an Apple Store? Pretty amazing experience, right? Well, the stores were Tim Cook’s baby. They are the embodiment of Tim’s genius: relentless organization, and obsessive attention to every detail. Your experience at an Apple Store is so seamless, pleasant and effortless because Tim Cook took nothing, no matter how small, for granted.

When he was running the show, Steve brought that sort of ferocious, uncompromising mania for excellence to our products; Tim brought it to the entire company.

I know Steve is legendary. He deserves to be. But when people find out about my time in Cupertino, the most common question I hear is, “So when is Tim going to find his inner Steve?” Answer: He’s not. We should all be grateful for that.

The thing is, revolutions end. Camelot doesn’t last. When the rebels are building the barricades and marching in the streets, they need a daring, charismatic, fearless visionary to wave the flag and lead them into battle. But if the revolution succeeds and the rebels take power, the flag-waving mutineer doesn’t become president. It takes a different set of skills to build coalitions and tend to the methodical work of governing. But it’s governing that builds empires.

Steve was the wild, charismatic dreamer Apple needed when it was a choice between revolution and death. Tim Cook is the sober, careful chief executive Apple needs for an age of iteration, refinement and careful growth. 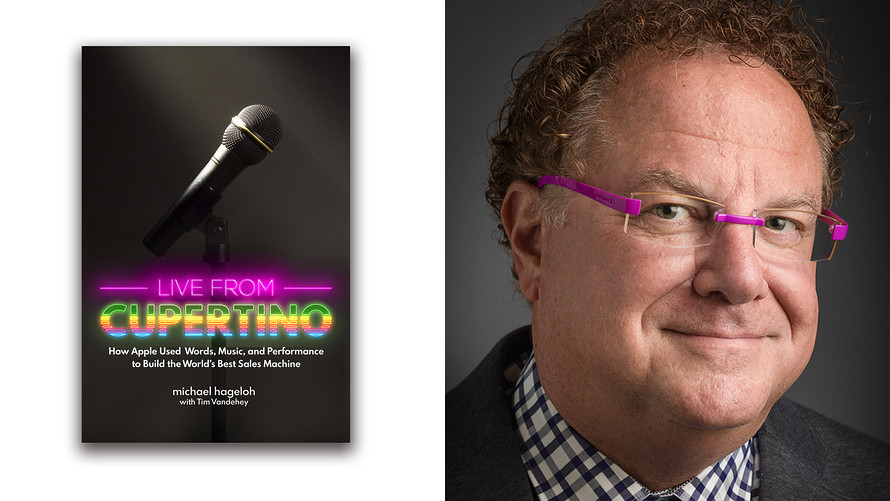 Is innovation still the key to Apple’s continued dominance in the long term? Of course it is. But not right now. This is a time for smart, careful management of critical assets. Eventually, Tim’s time will end, and Apple will need someone wild-eyed and dangerous to lead it to the next insanely great thing, perhaps in the field of health and wellness. Tim is already tinkering in that area, and I can’t wait to see what he comes up with.

For now, let’s let Steve Jobs finally rest in peace. It’s 2020, and Tim Cook has been CEO since 2011. He stopped drafting off of Steve a long time ago. In fact, Apple’s stock is up about 480% since he took the wheel.

Tim is not Steve-lite. He’s his own kind of music. Stand back and let him play.

Michael Hageloh is a former Apple sales executive who is currently a chief development officer in higher education and the author of “Live from Cupertino: How Apple Used Words, Music, and Performance to Build the World’s Greatest Sales Machine.” Follow him on Twitter @michaelhageloh.