Home
Stocks
BookWatch: You’re miserable at work. Here’s what to do short of quitting
Prev Article Next Article
This post was originally published on this site

Sometimes, quitting feels like the only option. Maybe you really hate your job or maybe you don’t actually hate it, but you know there’s a better one out there for you — somewhere, somehow, in some place that is anywhere other than where you are now. Because where you are now feels lousy. And you are absolutely sure that quitting is the best and only option.

But what if it isn’t your only option?

We have a radical suggestion. Don’t quit. Yet. Better may be right in front of you, and we can help you find it.

The vast majority of workers both in the U.S. and globally are disengaged at work, according to Gallup — many severely so. If you’re one of them and feel the only choices you have are to tough it out or quit and move on, there’s another choice.

A typical job search takes six to nine months and dozens of rejections; it’s a heavy lift. Why not give one of our four redesign strategies a shot? All you have to lose may be your disengagement.

1. Reframe and re-enlist by finding a different story for and relationship to your current job

While rarely a permanent solution, reframing can make things good enough…for now, which may just save your sanity for the next eight months until the toddler starts preschool, or you buy enough time to find a great job, not just another job.

It’s pretty straightforward: 1) Accept the new reality. 2) Identify new sources of “why” that you can use as your rationale for your redesigned job. 3) Reframe your relationship to the job and company. 4) Re-enlist and live into it. 5) Look for new benefits and sources of satisfaction along the way to make it good enough . . . for now.

WARNING: Beware lemonade stands! We aren’t saying “when life gives you lemons make lemonade” by telling you to manufacture something likable about what’s in fact lousy. We’re not asking you to pretend. If your boss is a total nightmare, there is no lemonade in those lemons. Look elsewhere to reframe with a positive reality, such as developing career-enhancing, get-things-done efficiency skills that knock your lousy job down from 50 to 38 hour a week, or learning everything about your company’s health-care vertical to prepare for changing industries (and get paid to do it).

Read: 9 things companies should be doing to avoid creating a toxic workplace

2. Remodel your job through accessible modifications aligned with your interests and strengths

Darcy was a team lead in a telesales call center. She liked her job and enjoyed dealing with customers and prospects, but it was pretty repetitive. She was also a great interviewer. Whenever the boss wanted to land a prospective employee, she put Darcy on the interview schedule. After those interviewees joined the company, they still wanted to talk to Darcy about their careers, but that wasn’t part of her job.

Darcy thought, “Why not keep interviewing people after they’re hired?” When people asked to talk, Darcy offered to meet for coffee 30 minutes before her shift started. Soon she was having four to six coffee coaching sessions a month as a side hustle on her own time.

Those two to three extra hours a week made the other 45 hours feel totally different. No money was involved but the psychic dividends were huge. Small changes can drive big outcomes when you’re tapping into doing what you’re good at but aren’t getting enough of.

When word got to Darcy’s boss about the coffee klatches, Darcy got called on the carpet. Her boss said, “I hear you’ve been meeting with people from other teams before work. Their team leads told me all about it, and apparently morale has improved on those teams. We could use more of that. If I gave you a half-day a week off your current duties to do more of that coaching, would that work for you?”

“Sure,” said Darcy. “That works just fine for me.” 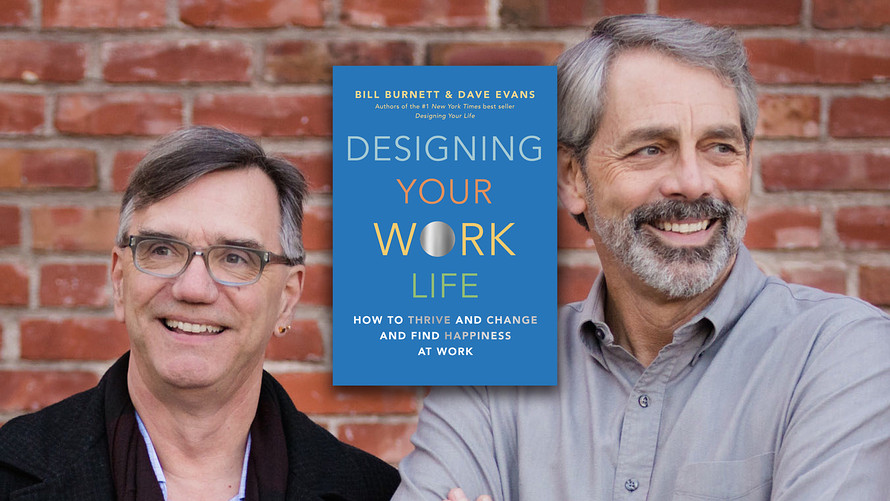 Slide laterally into a new role that’s within reach, even if it’s not obvious at first. Either it’s an existing opening or a new position created just for you. Darcy spent some of those coffees with the Talent Management people and seven months later was offered a new job as the first full-time, inside telesales coach.

Launch a new career. It’s the You 2.0 Program, but at the same company, in a completely different kind of role for which you’ve prepared and retrained to give you a major career refresh and your employer continued access to a loyal and valuable team member.

If Darcy wanted to shift from sales into marketing, she might need to retrain for a year, which seems worth waiting for now that she likes her current job more. Her boss even says there’s a good chance she can get the schooling reimbursed.

Relocate and reinvent are really two variations on searching for a new job inside your existing company. Relocating is easier as it typically involves smaller shifts. Reinventing is more transformative and while much harder, it is still easier to do in the company where they already like and trust you than by jumping into a new company or a new career track.

The good news is that both relocating and reinventing use the same simple four-step process.

Take your curiosity out for a walk by having conversations with people doing things that interest you, finding chances to visibly contribute in ways you’re good at, and being attentive to the opportunities those activities discover or create.

There are so many options besides quitting, and myriad ways to redesign your job rather than resign.

It worked for Darcy, and it could work for you too.