Home
Market
Brazil, Now Fastest Growing Virus Hotspot, Is Only Getting Worse
Prev Article Next Article
This post was originally published on this sitehttps://i-invdn-com.akamaized.net/news/LYNXNPEE321RH_M.jpg 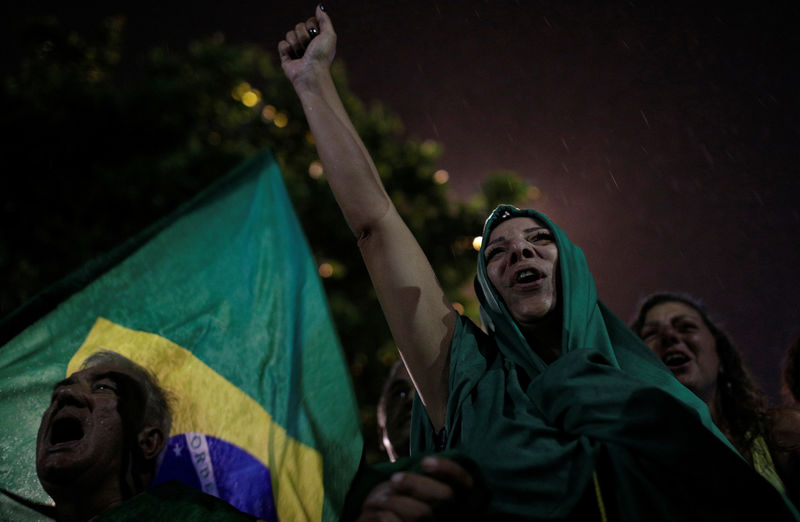 Just days after it overtook Italy and Spain in total number of cases, the Latin American nation is poised to claim the No. 3 spot from the U.K. and is quickly catching up to Russia, which trails only the U.S., according to data compiled by Bloomberg.

For health professionals and long-time Brazil watchers, the brushfire spread of the deadly respiratory illness is aggravating in its predictability. The country’s public health system, an emerging market with 210 million people, was already underfunded and under strain well before the pandemic raced around the globe.

But a quickly deteriorating political crisis and infighting among federal and state officials, as well as in President Jair Bolsonaro’s own cabinet, leave the nation without a comprehensive strategy to slow the spread. Social distancing measures vary from state to state — even city to city — as local leaders take charge of implementing their own quarantines and lockdowns.

On Friday, Health Minister Nelson Teich quit after less than a month on the job, just as Brazil had a record 17,126 new cases, according to the tally from Bloomberg and Johns Hopkins University. More than 16,000 people have died so far.

“Three health ministers in less than a month; fewer than 3,500 tests per million people; no clear federal guidance on how to deal with the pandemic; and varied, uncoordinated containment policies,” Alejo Czerwonko, an emerging markets strategist for UBS Financial Services, wrote in a note to clients. “It’s no surprise that Brazil” is a new epicenter, he added.

Emerging markets now account for the five fastest growing coronavirus hotspots, with Brazil leading the pack followed by India and Saudi Arabia. Daily new cases grew 5.5% on average in the past week to 241,080 infections as of Sunday. That compares with a growth rate of 4.1% in Russia. In the U.S., home to the biggest outbreak by far with 1.49 million total cases, new infections are growing on average about 1.6% daily.

Bolsonaro told allies over the weekend he’s in no rush to pick a new health chief and may leave the interim minister on the job until he finds the right replacement, newspaper Folha de S.Paulo reported on Monday. Acting Minister Eduardo Pazuello, who is a military general and not a doctor, is expected to expand the use of chloroquine to treat Covid-19 patients, the key demand from the president that prompted Teich’s departure, the newspaper said. Bolsonaro fired his previous health minister in April amid conflicts over social distancing guidelines.

Sao Paulo, the hardest-hit state, may move forward holidays, essentially shutting the city between Wednesday and next Monday in a bid to slow the spread and give the health system time to cope, Governor Joao Doria and Mayor Bruno Covas said in a press conference Monday.

Thomaz Favaro, a political analyst at Control Risks, said that while it’s normal to see some level of discord among federal and local governments in the region, “nothing compares to the level of chaos we’re seeing in Brazil.”

“The way they’re out of sync reduces the impact of measures,” he said. “Communication is the main tool governments have to fight the pandemic, and with so many different messages, it reduces the power of social isolation and creates a fertile landscape for fake news and conspiracy theories.”

As of Sunday evening, Brazil trailed the U.K. in total number of cases by just 2,615 infections. With a growth rate that’s more than twice as fast, the Latin American nation is due to overtake the U.K. on Monday.

With cases rising faster than anywhere else, the outbreak is expected to get much worse in Latin America’s largest economy. While lockdowns around the world have proven effective in flattening the curve, Brazil’s scatter-shot approach to quarantines means it’s accounting for a bigger and bigger share of new global cases. On average, more than one in 10 new infections worldwide can now be traced to the country, according to data compiled by Bloomberg.

Investors have seized on the political turmoil and spreading pandemic as reason to bail on Brazil stocks, bonds and the currency. The benchmark Ibovespa equity index has posted the world’s biggest drop this year, with a 51% decline in dollar terms. The real is also the worst performer among major currencies, losing about a third of its value.