Home
Stocks
Brett Arends's ROI: Trump talks about the stock market, and gets 1 out of 3 points right
Prev Article Next Article
This post was originally published on this site 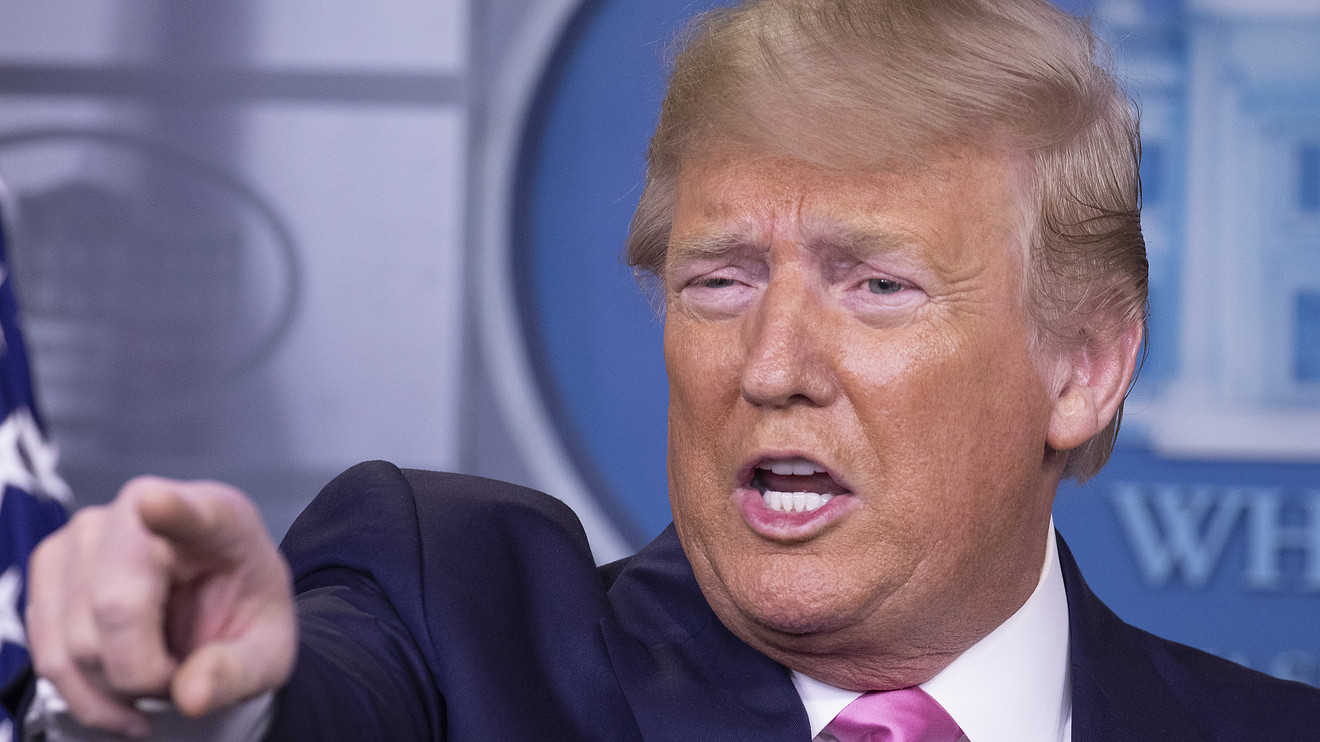 But what about one out of three?

That was President Donald Trump’s record from Wednesday night’s coronavirus press conference, when it came to talking about the stock market.

Let’s start with the one thing he got right: This week’s sharp fall, while a shocker, is not a huge deal in the grand scheme of things. The 2,000-point drop in the Dow Jones Industrial Average DJIA, -0.46%   comes to around a 7% loss. It’s taken us back to where we were at the end of October. Ugly, but not, at this stage, anything worse than that. Stock markets do this all the time.

There is something downright weird about people complaining that stocks sometimes go down as well as up. (Especially when a reporter asks — literally — “Mr. President, the stock market has taken a big hit over the past few days. What can you do about that?”)

That is way ahead of the historic average. Everyone can argue about the reasons. But whether you like Trump or hate him, facts are facts and the stock market has done very well. The market would have to drop a long way before it was back below trend.

OK, so that’s the thing he got right.

However. What on Earth?

Excuse the word salad, but the meaning is reasonably clear.

“I really think the stock market is something I know a lot about,” he said. “I think it took a hit maybe for two reasons.” One, he said, was coronavirus, and the effect it was having on business and supply chains. However, he said, “I think they looked at the people you watched debating last night and they say, if there’s any possibility that can happen. I think it really takes a hit because of that.”

He went on, a little later, “I think the financial markets are very upset when they look at the Democrat candidates standing on that stage making fools out of themselves, and they say, ‘if we ever have a president like this,’ and there’s always a possibility, it’s an election. when they look at the statements made by the people standing behind those podiums, I think that has a huge effect.”

The stock-market slump took place on Monday and Tuesday. The stock market actually closes at 4 p.m. So the two-day rout had ended four hours before the debate even began.

I know the stock market is supposed to be a forward-looking indicator, but this is ridiculous.

It’s very unlikely the “Democrat debate,” even if it leads to a Bernie Sanders nomination, is causing the other economic indicators signaling possible danger — like the sharp slump in the worldwide price of copper that began in early January.

As if this wasn’t weird enough, Trump then suggested he had no idea how money works in our economy. Well, he’s a former businessman. Businessmen don’t print money, they borrow it.

So he started complaining that because of Fed Chairman Jerome Powell, he had to pay too much in interest. (Once again, apologies for the word salad).

“I disagree with the head of the Fed,” the president said. “I’m not happy with what that is.” Then he added, “President Obama didn’t have near the numbers, and yet if you look at what happened he was paying zero. We’re paying interest.”

Translation: It’s not fair. I have a better economy than Obama did, but I have to pay higher rates of interest.

Trump went on to complain that he — or, more accurately, Uncle Sam — was also paying higher rates of interest than weaker economies like Germany, where the rates are actually negative. “I think we’re the greatest of them all, we should be paying the lowest interest rates,” he said.

No, Mr. President. Interest rates are not a reward. Uncle Sam is not a business. Strong economies have to pay higher rates precisely because they are strong. There is more demand for money, and the Fed raises rates to prevent overheating. Interest rates go up in a boom, or are supposed to. They go down in a slump. America’s higher rates are a sign of the economy’s relative strength — for now.

If Trump wants lower interest payments, he must be thrilled by the collapse this year in the rates on long-term Treasury bonds. The interest rate on 10-year Treasurys has fallen by a quarter since Jan. 1. Alas, this isn’t a sign of economic health. It’s a sign of potential weakness ahead.

But if Trump really is the “king of debt,” as he once boasted, and he is complaining about interest rates, he has a simple solution. He could refinance more of the federal debt into long-term bonds. The rate on the 10-year Treasury has just plunged to a paltry 1.33%, and the 30-year to 1.8%. These aren’t even enough to cover expected inflation. The money is effectively free in real, inflation-adjusted terms. If Trump believes he can grow the economy at a “real,” inflation-adjusted rate of 3% a year, as he says, there seems no reason not to borrow long at a real rate of about zero.

Over to you, Donald.