Home
Market
Britain's easyJet to axe up to 30% of its workforce
Prev Article Next Article
This post was originally published on this sitehttps://i-invdn-com.akamaized.net/news/LYNXNPEC0K08U_M.jpg 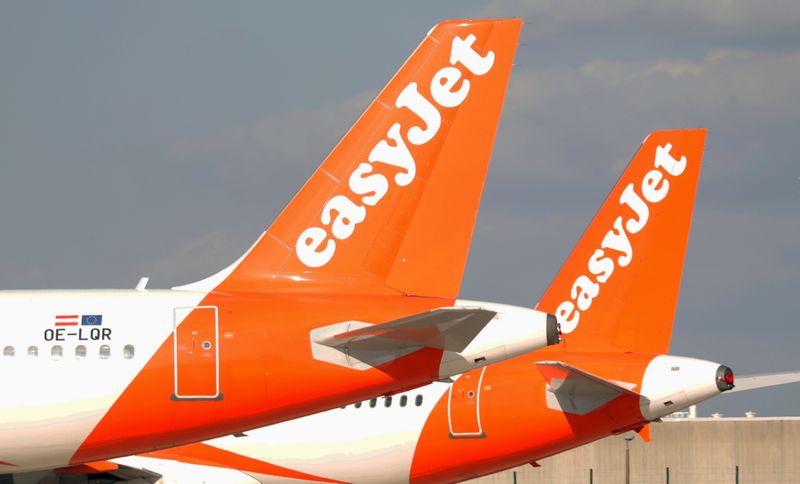 EasyJet, which employs over 15,000 people in eight countries across Europe, said it would launch a consultation process with its staff in the coming days, acting later than many of its airline peers to announce job cuts as a result of the pandemic.

The novel coronavirus has brought airlines across the world to their knees, grounding planes and forcing them to make tens of thousands of job cuts as they prepare for a travel market which will take three years to recover.

EasyJet over the last month has been grappling with an investor vote on management strategy as well as a cyber attack.

It said on Thursday that it was planning to fly around 30% of its capacity later this year, and that it expected to shrink its aircraft numbers to around 302 planes, about 51 aircraft lower than it had been planning for 2021 prior to COVID-19.

It said it was focused on taking out cost, and that discussions with lessors to raise new funds were ongoing. It guided that proceeds from those talks would now be in the range of 500 million pounds to 650 million pounds, slightly higher than guidance given in April.