Home
Market
British Airways boss says taking drastic action to make it through winter
Prev Article Next Article
This post was originally published on this sitehttps://i-invdn-com.akamaized.net/trkd-images/LYNXMPEG8F0S6_L.jpg 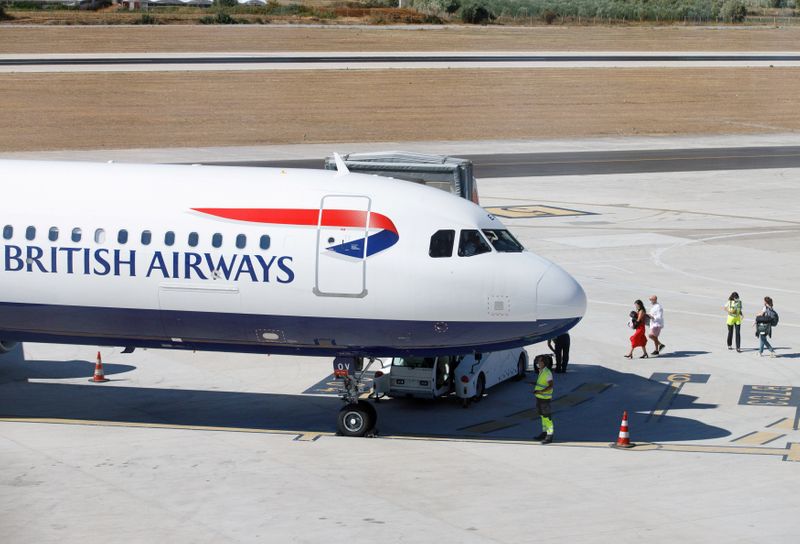 LONDON (Reuters) – British Airways is having to take every measure possible to make it through the winter because a fear of flying during the pandemic has destroyed any hope of a rapid return to normality, its boss said on Wednesday.

BA CEO Alex Cruz told a parliamentary select committee that the airline was running at 25 to 30% of its normal flight schedule, prompting it to cut thousands of jobs because “fewer flights means fewer people required to actually service them”.

“This is the worst crisis that British Airways has gone through in its 100 years of history,” he said. “We’re still fighting for our own survival.

“We are taking every measure possible to make sure we can actually make it through this winter. We do not see a short-term coming back of our passengers. All the feedback we get … is still pointing at a slow recovery process.”

Britain’s leading airline has been heavily criticised by politicians and unions for laying off 13,000 staff and renegotiating the contracts of many of its remaining employees.

It says it has no choice, because it is burning through 20 million pounds a day and straining the finances of parent company IAG (L:ICAG) which is in the process of raising 2.74 billion euros from shareholders.

Cruz has cut his own pay by around a third. UK-based airlines have benefited from government employment retention schemes and loans, but have not had the kind of industry-specific support deployed in France and Germany to bail out Air France-KLM (PA:AIRF) and Lufthansa (DE:LHAG).

Cruz said a return to flying had been hampered by the weekly changes to quarantine rules and the lack of a testing system at airports. A two-stage testing system, where passengers are tested on arrival and five days later could remove the need for 14-day quarantines, he said.

“We remain worried with regards to the evolution of the rest of the winter season. People are still afraid of travelling and we are having weekly changes to the quarantine list, we don’t have a testing solution yet.