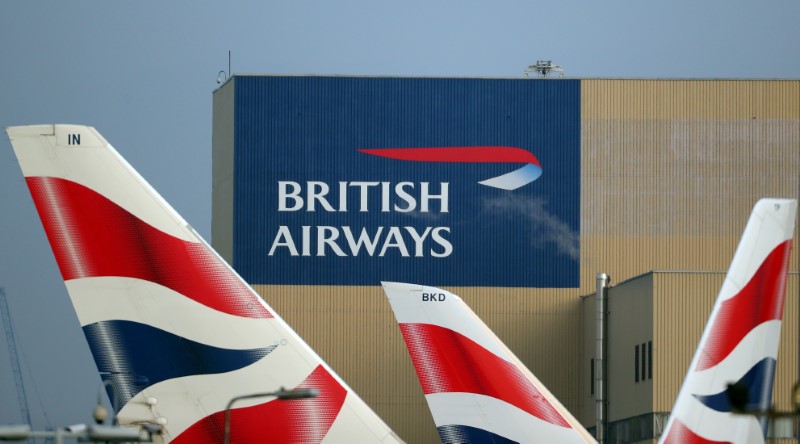 LONDON (Reuters) – British Airways-owner IAG (L:) said coronavirus would hit earnings this year but it does not know by how much, as it warned weakening demand would cause further flight cancellations in the coming days.

Coronavirus, the illness which emerged late last year in China, has sent demand for travel plunging in recent weeks as the outbreak has spread. Airlines are flying blind into a crisis of unknown severity and duration.

IAG, which also owns Iberia and Aer Lingus, usually gives an earnings forecast at this time of year but said the ongoing uncertainty of the impact and duration of coronavirus meant it could not give accurate profit guidance at this stage.

The company said that it was cutting costs and implementing revenue initiatives to help it weather the storm, following rival airlines such as Germany’s Lufthansa (DE:) and Amsterdam-based KLM which have cut costs in recent days.

At IAG, flight cancellations due to falling travel demand would constrain capacity growth this year, it said, adding it expected to cut more flights on its short-haul European network in the coming days, in response to an outbreak of the virus in Italy.

For 2019, IAG reported a 5.7% drop in operating profit to 3.285 billion euros, slightly ahead of a downgraded forecast of 3.27 billion euros it gave in September when it said a pilots strike would result in a 215 million euros hit.

IAG CEO Willie Walsh is overseeing his last quarterly results announcement before he hands the reins to new boss Luis Gallego, currently the boss of IAG’s Iberia airline, on March 26.