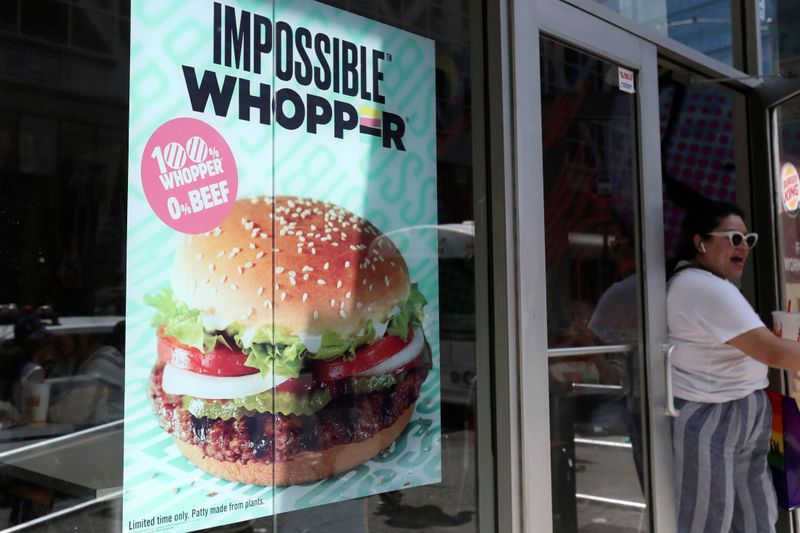 (Reuters) – Burger King, saying it never billed its “Impossible Whoppers” as vegan or promised to cook them a particular way, said a proposed class action by a vegan customer over the plant-based patties being cooked on the same grills as meat burgers should be thrown out.

In a court filing on Thursday, Burger King said plaintiff Phillip Williams (NYSE:) should have asked how Impossible Whoppers were cooked before ordering one that he said was “coated in meat by-products” at an Atlanta drive-through.

Burger King said reasonable customers would ask about its cooking methods, and Williams would have known he could request an alternative method had he done even “the smallest amount of investigation” on its website or by reading media reports.

Williams “assumed that an Impossible Whopper would satisfy his own particularly strict form of veganism… solely because he asked a Burger King restaurant employee to ‘hold the mayo,'” Burger King said. “This claim has no basis.”

Lawyers for Williams did not immediately respond on Friday to requests for comment.

Williams claimed in his Nov. 18 lawsuit in Miami federal court that Burger King “duped” him into buying the Impossible Whopper at a premium price and is seeking damages on behalf of all U.S. consumers who bought it.

Burger King is a unit of Toronto-based Restaurant Brands International Inc (TO:), which also owns the Canadian coffee and restaurant chain Tim Hortons and is overseen by Brazilian private equity firm 3G Capital.

Impossible Foods Inc, which helped create the Impossible Whopper, has said it was designed for meat eaters who want to consume less animal protein, not for vegans or vegetarians.