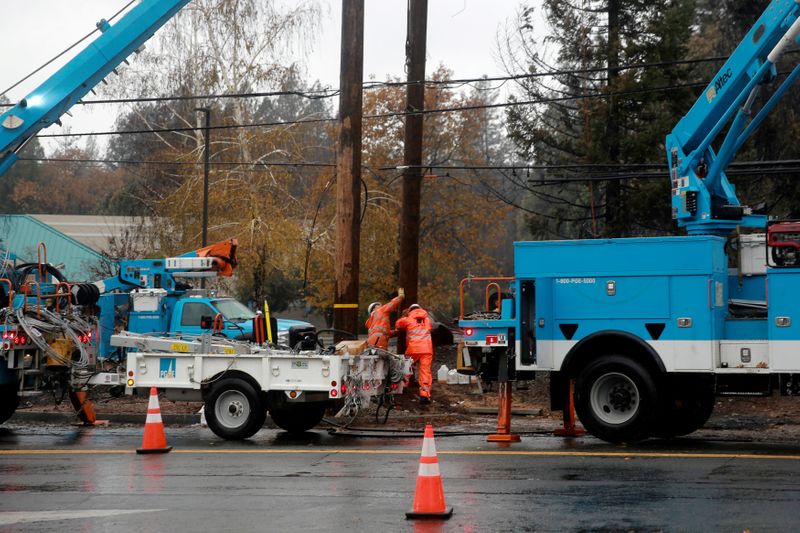 (Reuters) – California’s utilities regulator has proposed an increased $2.14 billion fine on PG&E Corp for its role in causing the devastating 2017 and 2018 wildfires in Northern California.

The decision raises the penalty by $462 million and would be the largest ever imposed, the California Public Utilities Commission (CPUC) said.

It would become final if PG&E agrees within 20 days, and will modify a multi-party settlement reached by the company with the CPUC and union representatives in December.

The new settlement also requires that potential tax savings in excess of $500 million be applied to the benefit of PG&E’s customers, CPUC said.

PG&E did not respond to Reuters’ requests for comment but told local outlet San Francisco Chronicle that it was “disappointed” by the decision.

The San-Francisco based utility filed for Chapter 11 bankruptcy protection in January last year, citing potential liabilities in excess of $30 billion from major wildfires sparked by its equipment in 2017 and 2018.

State fire investigators in May determined that PG&E transmission lines caused the deadliest and most destructive wildfire on record in California, the wind-driven Camp Fire that killed 85 people in and around the town of Paradise in 2018.

The company needs to exit bankruptcy by June 30 to participate in a state-backed wildfire fund that would help reduce the threat to utilities from wildfires.